Sammy Says Gayle Will Be Difficult To Replace 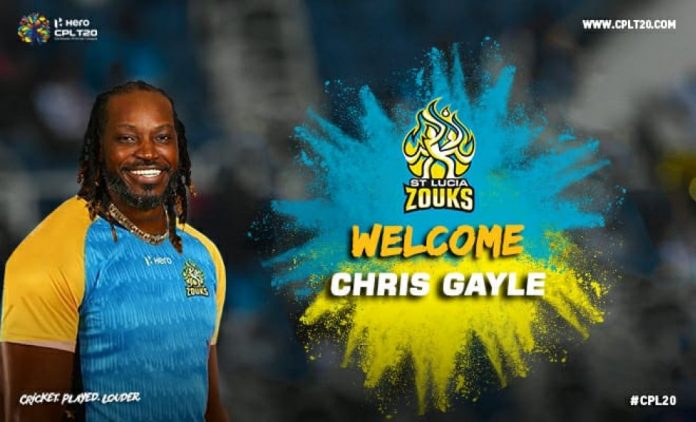 KINGSTON, Jamaica – St. Lucia Zouks captain Darren Sammy says Chris Gayle has left some big shoes for the franchise to fill, with his sudden decision not to play in the upcoming Caribbean Premier League (CPL), and it will be a task to find his replacement.

However, the former West Indies captain said, the show would go on.

The 40-year-old Gayle, who was earlier this year signed as the Zouks’ marquee player following his falling out with Jamaica Tallawahs, has pulled out of the regional T20 tournament because of a desire to spend more time with his family.

The development was first reported in the media on Monday, two days before the players draft.

Speaking to the Jamaica Gleaner a day later, Sammy admitted that it would not be easy to find someone to take the place of the most successful T20 batsman in history.

“It’s always going to be difficult to replace a player of Chris Gayle’s calibre, especially the Zouks team, which was so excited to have Chris who would have brought his experience and match-winning abilities,” he said. “The show still has to go on and, hopefully, we can find someone who can come in and have an impact for us.”

The CPL is scheduled to be played from August 18 to September 10 in Trinidad and Tobago.

Despite the disappointment of not having the T20 star in his squad, Sammy said he understood the reason for his decision.

Due to the restrictions put on travel because of the COVID-19 pandemic, the Jamaican big hitter – who has amassed over 13 000 runs and 22 hundreds in T20 cricket – had been unable to fly to St. Kitts where his family, including a young child, lives.

“I support and respect his decision. Especially as athletes, we hardly get time to spend with our families. It is even more important in this COVID situation where Chris has not seen his family for a while. I would definitely give him my blessings and support and, hopefully, he gets the quality time with his family that I have been getting with my family here in St. Lucia,” Sammy said.

Gayle and Sammy were among eight Caribbean players signed or retained by Zouks, with Andre Fletcher, Kesrick Williams, Obed McCoy, Rahkeem Cornwall, Kimani Melius and Kavem Hodge also included. They are expected to complete their roster after Wednesday’s draft.

After it was announced that he was joining the Zouks in this year’s CPL, Gayle had accused Tallawahs of “playing games” with him and had launched a scathing attack on coach Ramnaresh Sarwan in a series of YouTube videos, accusing the former West Indies captain of “vindictiveness”. However, he escaped sanction over the incident.

Although neither the Zouks nor the tournament organisers have issued an official statement about Gayle’s abrupt departure, ESPN Cricinfo, quoted a CPL spokesman as saying: “We understand that Chris has decided to not take part in CPL for personal reasons. We wish Chris all the best for the rest of 2020 and hope to see him back at CPL in 2021.”