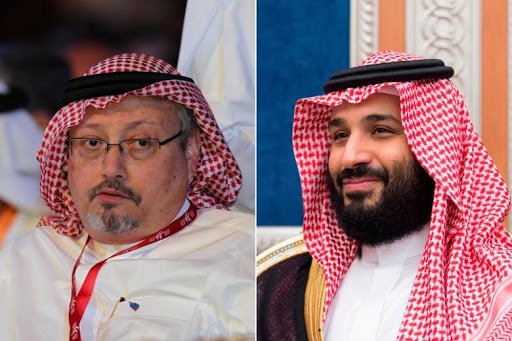 WASHINGTON (Reuters) – Saudi Arabia’s de facto ruler approved an operation to capture or kill murdered journalist Jamal Khashoggi in 2018, according to U.S. intelligence released on Friday as the United States imposed sanctions on some of those involved but spared the crown prince himself in an effort to preserve relations with the kingdom.

Khashoggi, a U.S. resident who wrote opinion columns for the Washington Post critical of Crown Prince Mohammed bin Salman’s policies, was killed and dismembered by a team of operatives linked to the prince in the kingdom’s consulate in Istanbul.

The Saudi government, which has denied any involvement by the crown prince, issued a statement rejecting the U.S. report’s findings and repeating its previous statements that Khashoggi’s killing was a heinous crime by a rogue group.

U.S. President Joe Biden tried to make clear that killings of political opponents were not acceptable to the United States while preserving ties to the 35-year-old crown prince, who may rule one of the world’s top oil exporters for decades and be an important ally against common foe Iran.