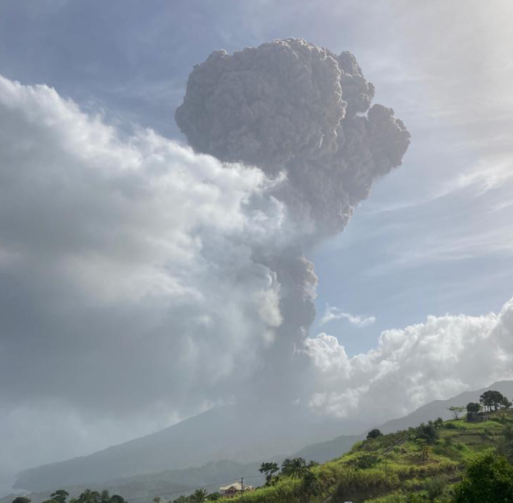 (iWitness News) The current explosive eruption of La Soufriere is expected to be bigger than the last one, in 1979, geologist Professor Richard Robertson said on Saturday.

Overnight the seismic tremors that have been ongoing at the volcano generated energetic venting, Robertson said.

The size of the tremor peaked between 8 p.m. and midnight, Friday, and slowly declined over the next few hours.

Audible rumblings accompanied by ash venting occurred throughout most of the night with ash fall reported throughout St. Vincent and some areas in Barbados.

Robertson told NBC Radio said that there was a continuous period of the venting of mainly ash up into the atmosphere.