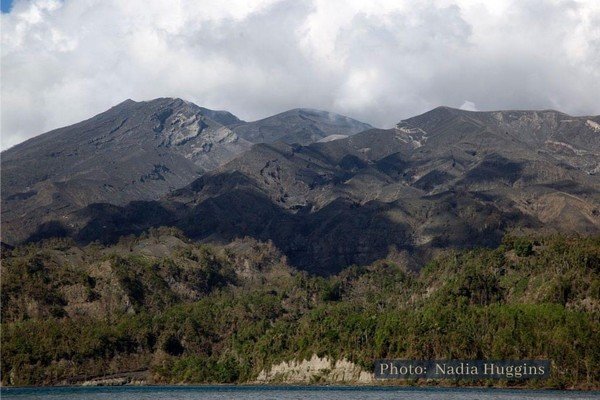 “Since the explosions stopped, we’ve continued to have a few events here and there—so we still have earthquakes, not of anywhere on the scale of what we had before, but you get one or two events every couple months, we are still having more frequent than that, they’re usually minimal”.

Professor Robertson said that this activity is what is to be expected since the system is in the process of settling back down, now that the eruption has ceased.

He said the main activity is still focused at the summit, where you still have a lot of steaming going on due to hot rocks.

“So up at the top summit and close to the summit, the landscape is still damaged, fractured and unstable, and physically, when you see it, you’ll see that there is something that happened recently.”

More than 23,400 people were evacuated from the affected area, though some chose to disregard the order and stay inside the danger zone.

The World Bank approved $50 million in emergency funding through a 40-year no-interest grant to help St. Vincent cover the immediate needs resulting from this other disaster on top of additional financing arranged because of COVID-19.

The Center for Disaster Philanthropy (CDP) made a $250,000 grant in July 2021 to GER3 to provide critical recovery services to highly vulnerable and severely affected communities in St. Vincent following the volcanic eruption.