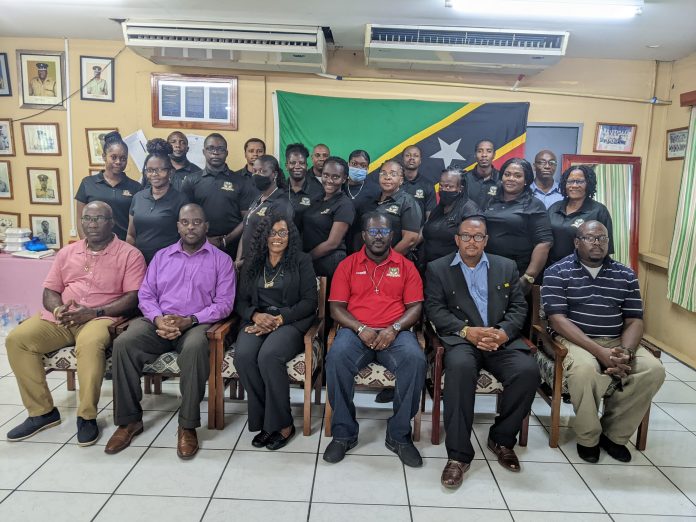 After the match, Coach of Security Forces Gary Clark said the victory was crucial to his team. “My team performed very well, seeing that this was a very crucial game in the standings…we’re looking forward to greater things coming,” Clarke said.

Dwight Huggins, a player with Conaree Fireballs said the performance to the team was a good performance, despite the loss. “It was a very good one. Can’t complain. We lost by one goal, lost the three points but we still feel like we won the game because we outplayed them in the dying minutes of the game,” Huggins said.

Security Forces’ lead at the top of the table however was short lived as in the very next match, Mantab delivered a mauling of KFC Trinity/Challengers United 8-0.

Coach Vaughn Patrick of Mantab was pleased with the win. “Basically, the game plan was to come out and get the three points because it was very important. One point separates the top three teams so we know getting a win would have been very important. And as you saw earlier Security Forces also got a win so we knew we had to keep up the momentum. Action in Division 1 continues this Thursday at the Warner Park.