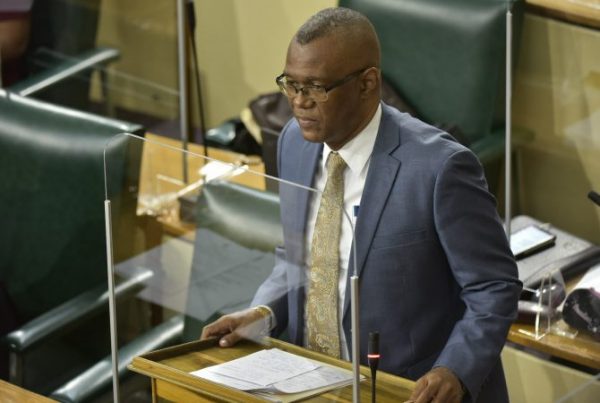 King, who is said to be an autistic child, was found with his throat slashed on the back seat of his mother’s car, which had been reported stolen earlier.

An irate Sinclair, in condemning the killing, poured scorn on those involved whom he said “attacked and killed a vulnerable child”.

Senator Sinclair is calling on the Police High Command to do all in its powers to bring the perpetrators of this dastardly act to justice.

“I am calling on the police to leave no stone unturned in bringing these criminals to justice. The police must use their most competent team of detectives to thoroughly investigate this matter and ensure that once they get to the bottom of it, the full force of the law is applied to those responsible for robbing St James, the wider Jamaica and a family of a nine year old youngster. Even if the Jamaica Constabulary Force needs to bring in additional resources to assist in the investigation, this must be done as these criminals must be brought to justice,” Sinclair stated.

The lawmaker further stated that “the investigation must cover all bases to include those who would have conspired with the killer(s). This is a heartless, cowardly act and must be condemned in the strongest possible manner. We all know that our children are the future of this world and when criminals target them, it speaks to the low level of depravity to which these criminals have fallen”.

Senator Sinclair in expressing condolences to the family, friends and teachers of Gabriel King is also calling on Jamaicans to return to the days of protecting the nation’s children. He said the days of the community raising the child must be reinstituted in order to protect the children from crime and criminality.

“This murder has left Jamaica and Jamaicans numb. This is another clear indication that there is need for the implementation of additional measures to assist members of the security forces in curbing crime and violence. The parish of St James has seen some 10 murders being committed since the start of this year and the time has come for serious measures to be implemented to stop this scourge. We cannot allow this mayhem to continue,” Sinclair said.