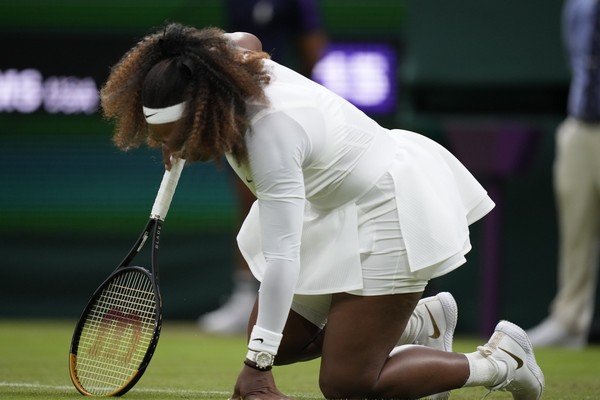 (Yahoo Sports) Serena Williams won’t be making history at Wimbledon this year. In the middle of the first set of her Round 1 match against Aliaksandra Sasnovich, Williams slipped on the grass while planting one of her legs, injuring her knee.

Williams exited briefly to be treated by a trainer. She returned and attempted to continue the match, in tears as she tried to serve without putting any extra weight on her injured leg. She was able to manage for a short while, but suddenly crumpled to the ground in pain after landing on her knee. She was unable to continue, looking devastated as she left the court.

This is only the second time in her long, storied career that she’s been forced to retire from a Grand Slam due to injury. The only other time was at Wimbledon in 1998, 23 years ago.