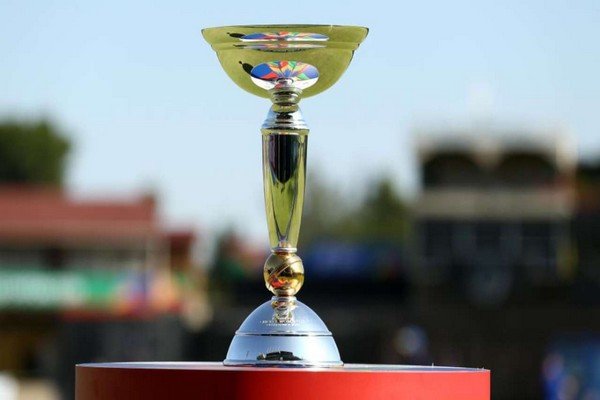 St. Kitts and Nevis (WINN): The International Cricket Council’s (ICC) 2022 U19 Men’s Cricket World Cup is a week away from the first of 48 matches in the Caribbean.

Ten of the 48 games will be played here in St. Kitts, five at the Warner Park Sporting Complex and five at the Conaree Cricket Center.

The first official match in St Kitts will be at the Conaree Cricket Center on January 15, Canada vs the United Arab Emirates (UAE). The last game will be played at Warner Park on January 22, with Bangladesh facing the UAE.

The tournament runs until February 5, and the other games will be played in Guyana, Antigua and Barbuda and Trinidad and Tobago.

The Tournament Director Fawwaz Baksh, in a sit-down interview with ZIZ, gave some updates on the tournament. Seven teams have already arrived in the Federation and are going through quarantine procedures, and Baksh expects over 600 people when all the teams and support staff have made it here.

Like the Caribbean Premier League hosted entirely in St Kitts and Nevis last year, the tournaments are for vaccinated individuals only.

Baksh urges people to go out and get tickets to the free games to support the U19 players in this tournament.

The venues are at 50 percent capacity, and the ticket request will serve as a gauge for the tournament official to manage the patrons for the games.

With the spread of COVID-19 in its latest upswing, how will the officials manage a safe and successful tournament?

Baksh called the U19 tournament one of the most challenging tournaments, even without the weight of the COVID-19 pandemic. Now with the Omicron variant, it became logistically challenging with the team from Afghanistan having problems securing a safe route to the region. However, Baksh assured that through the help of governments that issue has now been resolved.

“Prior to the Omicron variant, we had all the flights originally in place; we had everything booked, and then Omicron came about and changed all our plans. So we had to now start rebooking flights because of the travel restrictions for certain teams to get into certain countries. We had to approach the governments of all four host countries and work out policies and procedures that would enable e teams to come here while keeping everyone safe,” shared Baksh.

“So it’s been a challenge; it has changed a lot of our plans at the last minute, but we had a good team, and we were able to persevere, and we were able to get everyone here with the exception of Afghanistan, who will be here shortly. But they all arrived here on time and very, very safe.”

Baksh ended the interview by crediting the support of governments in making the tournament happen despite the new surge in cases being seen globally because of the Omicron variant of the COVID-19 virus.