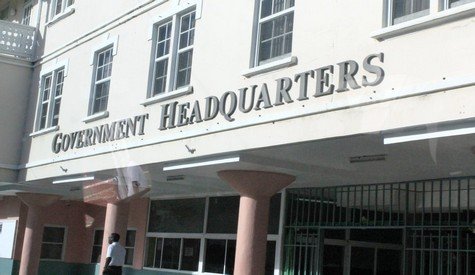 St. Kitts and Nevis (WINN): The Social Protection Fund, or Severance Payment Fund, of 1986, set up to protect employees from foreign companies who close their doors and abscond without an obligation to employees is empty.

Under the stipulation of the Act, the employer pays to Social Security a 1% deduction from the overall payroll on a monthly basis. The employee never makes a contribution to the fund.

Demands made on the fund over the years have left it in arrears.

Senator Wendy Phipps, during the Prime Minister’s monthly press conference on Tuesday
(August 11), explained why the fund has been and is still currently in arrears.

“Traditionally over the years the fund has always been in a negative position, because of
demands that have been made upon it. The current model of the fund, we are now realizing, especially during this COVID-19 environment, is an unsustainable model.”

For the Severance Fund to really work and meet the demands placed on it, the model has to change, according to the minister.

“We would now have to accept or demand contributions from the employed persons or go the other way around it and which is to engage in discussions with Social Security some of which have started in recent years as to the possibility of starting what for the want of a better term, can be considered an Unemployment insurance fund managed by socials security,” continued Senator Phipps.

Under that model, a similar situation to the Social Services Levy where the funds are matched from either the employer and the employed person or a tiered system where one might pay slightly higher than others.

“A model like that might be more sustainable there would be more financial controls in a system like that and the structure of social security would allow you to have more of an option for investment of the funds that are not being used during the medium to long term,” shared Phipps.

Thus, as the fund stands it cannot, on its own, make payments to workers laid off during the COVID-19 induced economic crisis.

The Fund has not honoured payments due to workers in the hospitality sector and there is no indication when those payments will be made.

More than 300 workers from the St. Kitts Marriott Resort and the Royal Beach Casino workers have applied for severance and are awaiting payments.