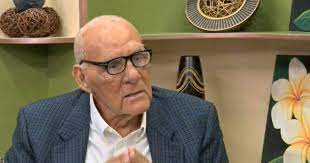 Sir Michael pointed to the war in Ukraine, European problems, a predicted recession in the United States, three Prime Ministers taking office within a short time in the UK, and global food price increases among the world’s problems.

“Right now, it is very difficult and I think Philip Pierre has a tough road ahead of him – a very, very tough road. He must be under tremendous stress,” Chastanet declared.

He spoke during an appearance on the DBS Television programme – Newsmaker Live.