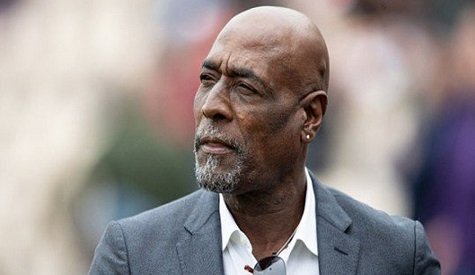 (Antigua Observer) Despite the recent success of the region’s senior cricket squad in the shorter format of the game, legendary former captain and successful batsman, Sir Vivian Richards, believes the team could achieve more, but adds that selectors will be required to make what they may perceive as tough decisions regarding the future makeup of the squad.

Speaking on the Good Morning Jojo Sports Show, Sir Viv noted that although some players have managed to maintain their status as dangerous power-hitters in the popular T20 format, others have seemingly lost that ability while being a risk factor where fitness and running between the wickets are concerned.

“The folks who are responsible for selection may just have to start doing some rethinking on the whole make-up of the team and how you’d like your team to be, but I am not going to say at this point what those little inefficiencies are that we are having at this present moment. I would just put this out there and I am not going to call any names or anything, but apart from the power-hitting side of things we know we have, in these games as well, in terms of rotating the strike maybe the present set-up maybe is not fit for that,” he said.