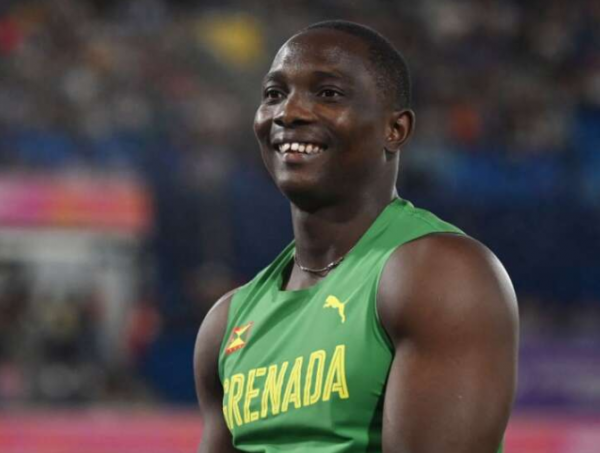 In a statement, the Royal Grenada Police Force (RGPF) said the six men, all crew members of the pleasure boat, Harbour Master, were involved in the incident on Wednesday night.

The six – Noel Cooper, 42, the captain of the vessel, John Alexander, 55, Mikhail John, 35, Lance Wiggins, 45, and 28 year old Sheon Jack – were all charged with one count each of grievous harm and stealing, while Abiola Benjamin, 40, a police officer in Trinidad was charged for assault on Peters.

The statement said that Alexander, John, Cooper, Wiggins and Jack were also charged for causing harm to Kiddon Peters, the brother of the Olympian.

It said all of the accused are scheduled to appear in court on Monday and will remain in police custody until their appearance before the Magistrate.

Earlier, the lawyer representing Peters executed a warrant of arrest of the vessel, which is owned by a Barbados-based company.

According to official court documents sent to the Chief Immigration Officer, the Grenada Ports Authority, and Comptroller of Customs, the Harbour Master vessel should not be cleared for sailing until they individually receive instructions from the Acting Registrar of the Supreme Court.

The vessel is owned by Tall Ship (Barbados) Inc, and as a result of the arrest warrant, it is officially seized as part of a civil lawsuit involving the athlete and his brother, a police officer.

The two men were on board the vessel for a special fete cruise last Wednesday night when a brawl broke out.

The police have not provided details of the incident that occurred while the vessel was berthed in the Carenage on the outskirts of the capital, but video circulating on social media showed the men getting assaulted by crew members.

The athlete, who recently medalled at the World Championships in the United States, and won silver at the just concluded Commonwealth Games in the United Kingdom, was thrown into the water and had to be rescued.

The Harbour Master, a Trinidadian pleasure boat, in a statement said while it does not condone acts of violence of any kind and understands the public’s concern and the overall sensitivity of the situation, the full details surrounding the incident are still forthcoming and it is working with the relevant authorities to gain a clearer understanding of what occurred.

“We will work with all involved to ensure there is an amicable resolution,” it added.