St. Kitts and Nevis (WINN): According to a Facebook post by the Minister of Infrastructure, the Hon Konris Maynard, “At about 5:30 a.m. an electrical event caused a Ring Main at the Needsmust Power Station to burn out.”

The staff of SKELEC and the Fire Rescue Services were able to contain the resultant fire; however, the incident led to a near islandwide blackout.

According to Minister Maynard, a complete electrical grid repair is expected to take around 8 hours to complete.

At news time, three of the seven affected feeders have been restored. 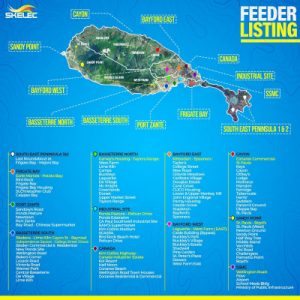