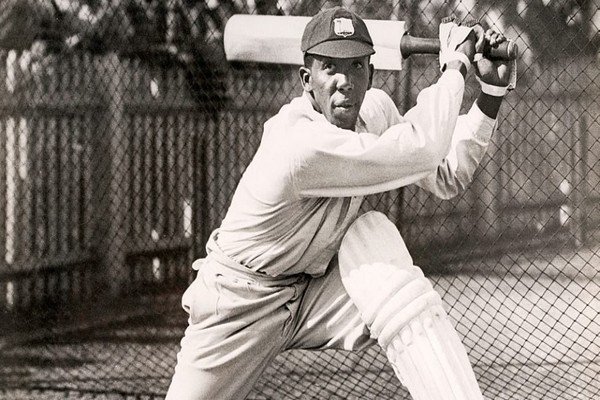 Haynes, 65, and and the late Sir Learie, a pioneer who featured in West Indies’ first-ever Test in 1928, were among ten inductees announced Sunday, in celebration of Friday’s start of the inaugural World Test Championship final between India and New Zealand at Lord’s.

“This is another special day in West Indies cricket history as these two exemplars of the wonderful game of cricket, have been honoured globally through the ICC Hall of Fame – true indicators of their performance and their impact,” Skerritt said in a statement.

“Sir Learie Constantine was the quintessential West Indian cricketer – a lively fast bowler, attacking batsman and superb fielder, a man who took to the field on that famous day at Lord’s 93 years ago when the West Indies started the challenging but exciting journey as a Test nation.

“He embodied what we as West Indians value most in our players – dedication, commitment and strength of character. After his playing days were over he also made his name as a popular lawyer and politician, with a dedication to serving and improving the lives of others.”

Skerritt continued: “Desmond’s cricket career showed early promise as a member of the Barbados Under-19 team. It wasn’t long before he shot onto the world stage with a sensational century and never looked back.

“He was an opening batsman and a close-to-the-wicket fielder par excellence, and together with Gordon Greenidge set the standard for how the new ball should be played.

“Out in the middle Desmond was lion-hearted and never surrendered no matter the circumstances. As an integral and valued member of the West Indies all-conquering team, he proudly represented Barbados and the West Indies and opened doors for many others to follow.”

Sir Learie turned out in 18 Tests, scoring four half-centuries and taking 58 wickets, before going on to lead a successful career as an activist and Member of Parliament in his native Trinidad and Tobago.

Haynes made his West Indies debut a week after his 22nd birthday, and celebrated with a magnificent 148 against Australia in an ODI in Antigua.

He made his Test debut on that same tour, hitting fifties in his first three innings before scoring his maiden Test hundred against New Zealand two years later.

“The journey was not smooth, I started playing cricket in a little area of St. James in Barbados where I was loved by everyone in the community, who also helped me stay out of trouble,” he said.

“This is also for my grandmother, my mum and my wife, all of whom supported me in my journey.”

He formed part of the legendary opening partnership with Sir Gordon Greenidge, which headlined the dominant West Indies side of the late 1970s and 1980s.

Sir Gordon was inducted into the ICC Hall of Fame 12 years ago.

From the Australian allrounder Monty Noble, who made his debut in January 1898, to Kumar Sangakkara, the Sri Lanka batting great who retired in August 2015, these ten players’ careers span well over a century of men’s Test cricket.

The inductees have been classified into five broad eras: Noble and Aubrey Faulkner from the pre-World War 1 period (early era), Learie Constantine and Stan McCabe from the period between the two World Wars (inter-war era), Vinoo Mankad and Ted Dexter from 1946 to 1970 (post-war era), Bob Willis and Desmond Haynes from 1971 to 1995 (ODI era), and Andy Flower and Sangakkara from 1996 to 2015 (modern era).

West Indians previously inducted into The ICC Hall of Fame: