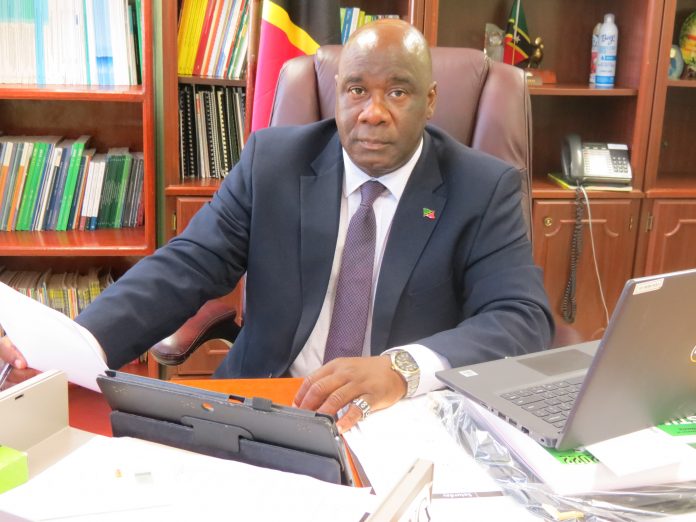 (Basseterre, St. Kitts): Minister of Agriculture, Fisheries and Marine Resources, Hon. Alexis Jeffers joined several Ministers of Agriculture, senior officials, and dignitaries from across the Caribbean, Latin America, and African States to witness Dr. Manuel Otero assume office as Director-General of the Inter-American Institute for Cooperation on Agriculture (IICA) for the 2022 – 2026 period.

During the ceremony held on January 17, Minister Jeffers, who was a specially invited guest congratulated Dr. Otero, a well-known Veterinarian from Argentina as he was sworn in to serve his second consecutive term as head of the specialist agency.

As the round-table styled meeting wrapped up, an unprecedented dialogue with several
representatives from countries in Africa, on agricultural and rural development issues progressed.

The meeting was held virtually from IICA Headquarters in San Jose, Costa Rica.