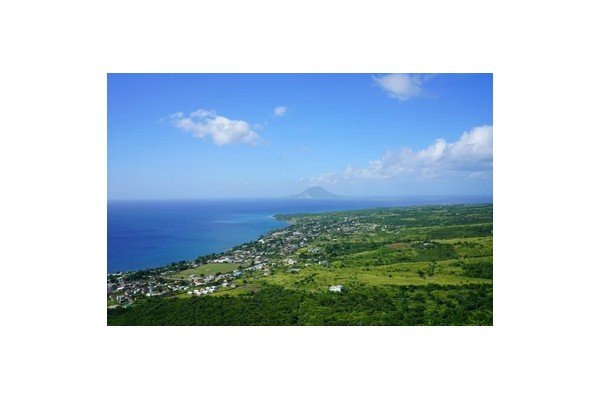 Projections of growth for many countries, St. Kitts and Nevis included, have to cut growth projects; some countries, the UK and US, will be facing an economic recession in 2023.

The current administration is operating with the economic budget set forth by the previous administration and thus has asked people of the Federation to look out for the 2023 budget.

With goals to bolster tourism, construction and agriculture, diversify from the dependence on the Citizenship by Investment Program and the wish to move into the energy industry through geothermal power, the budget is a hot topic on the minds of the people to see where the government plans to invest and just how much the expenditure will be in 2023 following a EC$952.2 million budget passed for 2022.

On the ground, people are waiting for the restart of social assistance programs like the Poverty Alleviation Program. Some are also awaiting chances to acquire land and housing.

A caller to WINN’s “Voices” program on November 23 asked a question about land pricing through the Ministry of Sustainable development.

The caller asked, “I am calling to find out when is it that sustainable would be pricing people’s land. Because it has young people there waiting a while to get, their land priced.”

Prime Minister Hon. Dr Terrance Drew asked the people of the Federation to have some patience as the ministry is currently digitising and updating its processes while weeding out any possibilities for abusing the system.

“When it comes to sustainable and the land, what we found when we went in there is that the land was abused. There was a lot of corruption along the land issue. You had one piece of land given to five people, up to five people. You have one person having five pieces of land. You had a lot of misinformation. So what has happened is that Sustainable has taken on a very critical process, and I spoke to the PS just over the weekend, that they are computerising all of this information, digitising this information. So when you go to Sustainable, they will be able to put in your name, and your whole information comes up, instead of having to for all these papers. So I’m asking the public one little bit of patience with Sustainable, they are digitising computerising, and they are eliminating the abuse of the land resource here in St. Kitts and Nevis.”

Dr Drew continued, “One person, five pieces, five person’s names and one lot of land; that has created tremendous difficulty in dealing with the issues of land. Of course, you know, before the elections, land was used as a political gimmick, and so nobody really looked to properly structure it and organise it and so forth because that was not the objective. The objective was to use it to win votes, and in doing that, the whole system was really destroyed. So Sustainable now, in a very prudent way, is making sure that they computerised system or digitise the system so that you can have accountability, transparency, openness, and you can effectively deal with the land matter.”

Another caller raised concern over who would be building the houses, implying foreign players would have a hand in the build-out of national housing.

“You have developers who are independent developers who can be engaged; that’s one. Secondly, NHC is already a corporation that can be engaged to do this with a list of contractors and a mechanism of how this can be done. So yes, this can be done through the NHC, and our people will be the contractors, the builders, the masons, the carpenters, the plumbers, [and] the electricians to see these projects through. And that is a very critical point to make, and so that is why I welcome the caller’s question, which allowed me the opportunity to say that very clearly. NHC can be engaged and will be engaged, and also private developers will also be engaged, and our people will be the ones to carry out this fundamental work,” said Prime Minister Drew.