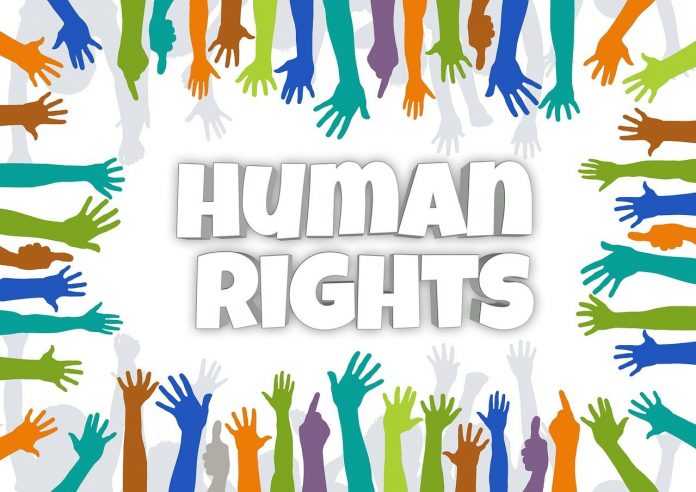 St. Kitts and Nevis (WINN): In a landmark decision by the Eastern Caribbean Supreme Court on August 29, certain consensual sexual conduct between adults (18 years and older) in private in St Kitts & Nevis was decriminalised.

The constitutional motion was filed in January 2021 by Jamal Jeffers, a citizen of the Federation, and the St Kitts & Nevis Alliance for Equality Inc. (SKNAFE), a community-based non-profit organisation founded by Tynetta McKoy.

In response to the decision by the high court, the regional human rights and LGBTQIA+ non-profit organisation, the Eastern Caribbean Alliance for Diversity and Equality (ECADE), said they welcomed the repeal, which was seven years in the making according to the Executive Director of ECADE, Kenita Placide.

A similar ruling was made in Antigua and Barbuda in July, 2022, declaring the offence of buggery void to the extent that they apply to persons above the age of consent who engage consensually and in private in the sexual acts described in the law.

According to the statement by ECADE, the decision in St. Kitts and Nevis is the second in a five-country legal challenge launched by the human right organisation in 2020.

Executive Director of ECADE, Kenita Placide, highlighted that of the seven Caribbean and 34 Commonwealth countries that criminalise same-sex intimacy, the decision in St. Kitts and Nevis is the second to strike down such discriminatory laws in 2022 and called it a win as part of the transformative journey to full recognition of LGBTQ persons across the OECS.

So far, buggery laws and related crimes have been struck down in four Caribbean territories, Trinidad and Tobago, Belize, Antigua and Barbuda, and now St. Kitts and Nevis.

Tynetta McKoy, Executive Director of SKNAFE, stated, “This decision strongly establishes that a person’s sexuality should never be the basis for any discrimination. We welcome the recognition of this fact, one for which we have long advocated.”

In a press conference by the Eastern Caribbean Alliance for Diversity and Equality on August 30, McKoy emphasised that more work should be done.

“Going forward, I know [that] education [and] public awareness that needs to be done, because I got some responses it seems as though society in St. Kitts and Nevis [has a] lack of education around [the] buggery law. So I think once we start a campaign around awareness, expressing the judgement,[that] would be good… coming from the community level, we’re happy, it’s a stepping stone, and we’re ready to keep on going because it doesn’t just stop here.”

Executive Director of ECADE, Kenita Placide, emphasised that as part of the approach to dealing with getting rid of discriminatory laws within the Caribbean was the security of all parties involved, which she explained was the reason the non-profits under the ECADE umbrella chose not to address the media before the SKN judgement.

“ECADE’s strategy has been pretty much, until now, no media. ECADE’s strategy was not just about launching cases; it was about building community, strengthening organisations, ensuring security plans, ensuring communications strategies as well as the wellbeing of the litigants, always on the docket at all times. And even as we celebrate today, I still think about the security aspect of every single person involved, whether it be a lawyer sitting in their office, a litigant on the ground having to now navigate the public when their name are the ones on the line, and their faces are the ones circulating in media. So I think when we look at litigation cases, we all should think about them being broader than just a case in the court and all the other aspects that we need to have concerns with.”

The lead legal counsel in these regional cases is Veronica Cenac, based in St. Lucia. Cenac said that security concerns are at the forefront of the ongoing fight for equality in the region. One of the next significant steps would be the introduction of protective laws.

“In order to move forward legally on any issues around protections, we have to address initially the whole question of the buggery and the punitive laws that exist… Without giving too much detail on it, Kenita indicated earlier our strategy has been one where we have no press. Our strategy has also been one where we do not telegraph everything we have to do because [there are] a lot of things happening in and around what we have to do, and we’re operating at various levels. But essentially, the next strategy is to push for the enactment of protective legislation, protective laws rather, so that the LGBT community will fall within the existing levels of protection that is in place for other [people].”

E. Anthony Ross QC, a lawyer and former Judge, now serving private clients and governments, also gave remarks during the press conference and shared that the decision by the courts should have been handled by the state and should not have been led by citizens as the state should have no jurisdiction in what goes on in the bedrooms of consenting adults.

“What we’re looking at is a shameful expression of a rite of passage. For the state to have laws on its books that are contrary to its own constitution and do nothing about it, that seems to be the biggest problem. This is just another one of those dominoes that should be flat but was still left upright. I think Trudeau put it very succinctly when he said that the state has no business in the bedrooms of the nations.”

In response to the decision in St. Kitts, many took to social media to voice either praise or concern about the ruling. One of the main concerns about children. 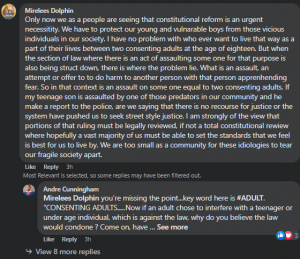 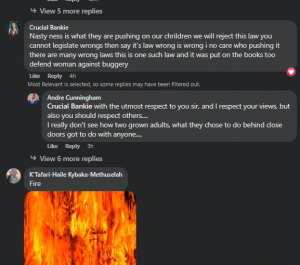 The Executive Director of ECADE reminded the public that their group also advocates for the protection of minors saying, “Our organisation, St. Kitts and Nevis Alliance, stands firmly on the protection of minors, and so the work that we actually advocate for in terms of sexual intimacy is talking about consenting adults. Anyone who goes outside that law should be dealt with [to] the fullest extent of the law. If [one is] dealing with a minor or doing something which is not consensual, there are laws that would allow for those matters to be addressed. But in our case, we were dealing with consenting adults in this situation.”

E. Anthony Ross QC said there is no need to be apologetic about the decision, and as it relates to the protection of minors, that should be left up to the state.

“I don’t think we have to be apologetic in any way for that judgment… look at your constitution, that’s what did it. The Constitution is the measure, and if the laws operate so as to violate the Constitution, you strike them down. We don’t have to go into … minors or any other thing that’s a problem for the State and let the State look after its own problems and stay out of the bedrooms of consenting adults.”

St. Kitts and Nevis marks the second win in a five-country legal challenge to anti-gay laws, which included the first win in Antigua and Barbuda earlier this summer, Barbados, Grenada, and St. Lucia. The work continues.