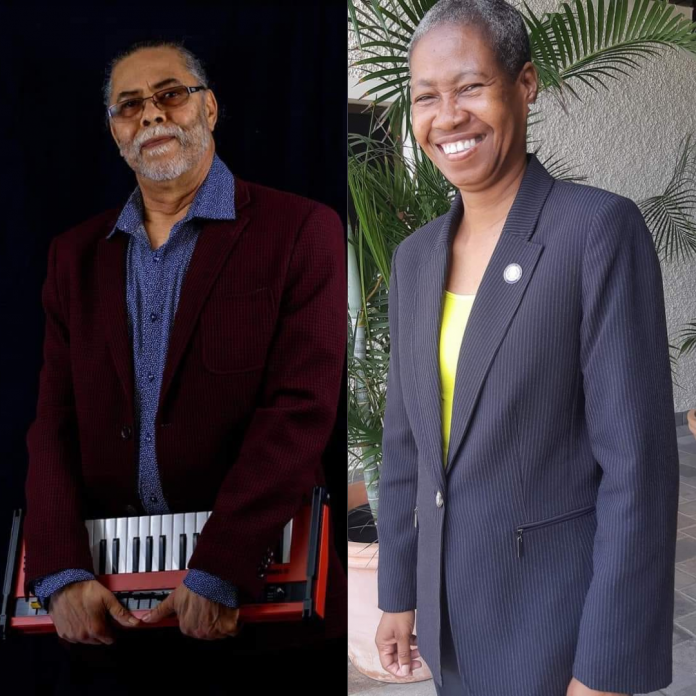 Skerritt had a 50-year-long career in music which started in St.Kitts and inevitably landed him in Canada, where he brought his form of Soca, R&B, jazz and Calypso jazz music to Toronto and the rest of the world.

Skerritt played trumpets and keyboards during his career and was a part of Kittitian groups like the Caribbean Heat Waves, Canadian bands like “Phase II” and “Instant Jam”, and accompanying Caribbean music legends like Mighty Sparrow, Shadow, and many others.

For his work in music, Skerritt was awarded the Companion of the Star of Merit by the St. Kitts and Nevis government in 2020.

The St. Kitts Music Festival offered the following tribute, “We are deeply saddened to learn of the passing of Kittitian music maestro, Bruce Skerritt.

Bruce graced our stage with various artists and bands on several occasions, the last being in 2018 with Rhythm Of The Beat.  He even willingly served as a facilitator for the festival’s annual Music Workshop for several years.

Our deepest, heartfelt condolences, thoughts, and prayers are with his family, friends and members of the music fraternity.”

WINN’s own Enoete Inanga of “Only Good News” also took to social media and paid tribute to the musician recounting a time when Inanga’s daughter met Skerritt in 2019, sharing that at that time, “nobody would have known the battles you were fighting internally but..you fought a tremendous fight while continuing to create good music for us all.”

The nation also mourns the passing of another musical figure.

On July 1, the Federation lost another musical stalwart in Bassist, pianist, and master of ceremonies, Dawn Mills, who passed after battling illness.

For decades, Mills was known for her skill on the bass guitar, humour, and hosting abilities at numerous events across the Federation, particularly at the Eastern Caribbean Central Bank, where she was a Corporate Relations Officer.

In tribute to Mills, the ECCB posted a video extending their condolences to her family and friends.

Mills, a member of the Oliver Gospel Hall and Antioch Baptist Church for several years, was also a music teacher for many years, a principal, a motivational speaker,  a host to Dawn in the morning on WINN and was also the host of a Gospel radio programme “Praise on the Pulse” on ZIZ Radio for nearly 20 years.

WINN extends most profound sympathies to the families and friends of both Bruce Skeritt and Dawn Mills.