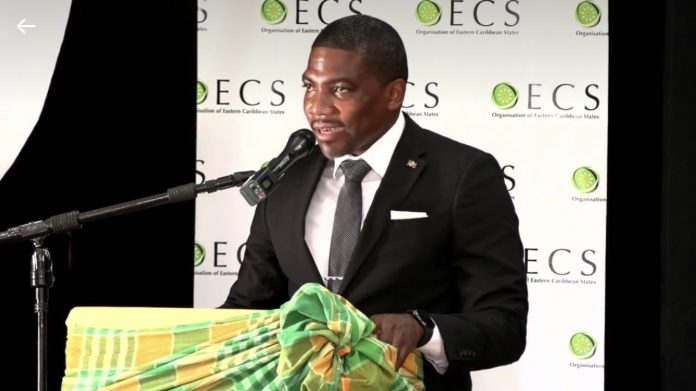 St. Kitts and Nevis (WINN): Over the last two years, Haiti has faced several man-made and natural disasters. Earthquakes, the COVID-19 pandemic, the assassination of Former President Jovenel Moïse and gangs that have taken control of regions of the country and have kidnapped foreigners for ransom.

Since September, armed gangs have blocked the main fuel terminal in the capital, Port-au-Prince, and severed access to aid routes.

For weeks the country has been wracked by unrest, with many taking to the street protesting against higher fuel and food prices, demanding the resignation of Prime Minister Ariel Henry.

According to international reports, “nearly half the population faces acute hunger. And now the country faces an outbreak of cholera”.

During the 72nd Meeting of OECS Authority, St. Kitts and Nevis’ Prime Minister, Hon. Dr Terrance Drew, Minister of Finance, National Security, Citizenship and Immigration, Health and Social Security, ended his maiden speech acknowledging the plight of the people of Haiti and said the region should do more than say sorry.

“To the people of Haiti, I listened to that song last night, ‘Haiti, I’m Sorry’, that was sung so many years ago. And after so many years, we are back to the same place, and possibly even worse. That while we say we were sorry, a lot more could have been. And in this vein, I encourage us to do what we can for our brothers and sisters in Haiti, the first freed slave nation in the Western Hemisphere, setting in the spirit of independence for all peoples who came here in chattel slavery.”

The Prime Minister continued, “We must never forget their sacrifice and commitment to that spirit and therefore encourage us to do all we can to let our brothers and sisters in Haiti know that we are not only sorry, but really we want to do what our capacity allows us to do and extend the tangible hand.”

The United Nations Security Council is currently debating an international intervention in Haiti with a deployment of forces to open up aid corridors and resolve what the U.N. secretary-general, António Guterres, calls “an absolutely nightmarish situation.”