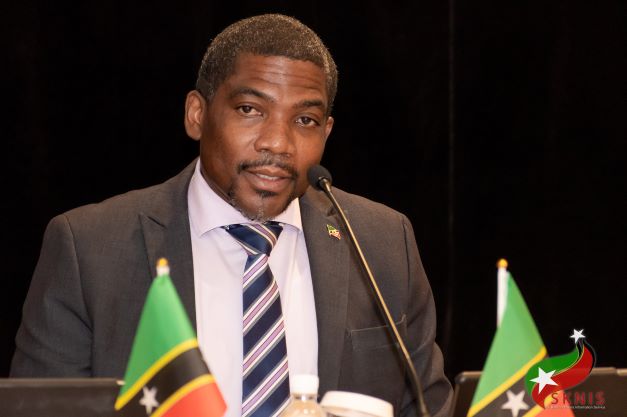 St. Kitts and Nevis (WINN) – The government of St. Kitts Kitts and Nevis has approved the payment of Double Salary in November according to Prime Minister, Hon Dr. Terrance Drew during the November 15 Cabinet Press Briefing hosted at the St. Kitts Marriott Resort.

“Our first 100 days in office your government has been methodical, prudent and pragmatic in carrying out the mandate you have elected us to undertake. I am therefore pleased to announce that after careful deliberation, an extra payment of one month’s salary, or what is termed ‘double salary’ will be paid on Tuesday, November 22, 2022. It just so happened that it is my birthday.”

The Prime Minister indicated that the double salary would be paid to all civil servants and also asked Statutory Corporations to make similar payments.

“So it’s paid to all civil servants and government auxilary employees of St. Kitts and Nevis and the Nevis Island Administration including pensioners and STEP workers. We are asking all statutory corporations to make similar payments to their employees as well. This injection of cash into the economy will have all those domino effects. Hence, after careful consideration, it was determined that the benefits to be derived from the this action far outweigh any negative ones.”

The announcement comes after the Prime Minister shared that the government is spending more money than it is collecting. To clear up confusion as to how the country will continue to function in the capacity of providing social assistance and other welfare aid the Prime Minister said that the projected deficit does not reflect the country’s cash solvency.

“You are spending more than you are taking in and that results in a deficit. That has nothing to do with your cash position and that is what they want people to understand they are two different things and so it is projected that we will run a deficit. We know that we have social programs that went into overdrive joins us before the election… The Peace Program that had about 600 people went up to 1300… we found people on the PAP who had triple names and false Social Security numbers increasing dramatically the amount of money spent on that program where people were triple dipping and quadruple dipping on that program… we found people who were on four social programs, and so there was a lot of excess and abuse and corrupt practices around the social programs. These are facts and we know this hit the treasury very hard and that drove us partly to where we are today.”

“In this regard and following consultations with the Ministry of Finance and others, the Cabinet has approved discounted VAT rate days on Friday, November 25 – in this initial one vehicles will not be included – and Friday, December 16 and Saturday, December 17, which will include vehicles.”

According to the government information service, the Prime Minister, The Hon Dr. Terrance Drew also signed an agreement to strengthen collaboration and engagements between Africa and the Caribbean. The AFREXIMBANK team presented several proposed interventions and partnerships in the areas of: