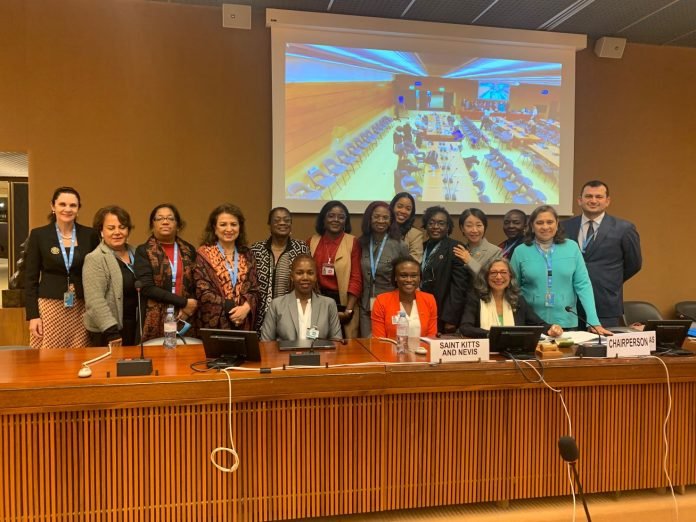 St. Kitts and Nevis (WINN): Junior Minister and Minister responsible for Social Development and Gender Affairs, Hon Isalean Phillip, is currently at the 83rd Session of the Committee on the Elimination of Discrimination Against Women (CEDAW) in Geneva, Switzerland.

In a social media post on October 14, the Junior Minister shared that she reported and responded to questions on how the Federation has met its obligations under the Elimination of Discrimination Against Women convention.

Minister Phillip added, “Gender Affairs also plans to build its own staff capacity in order to provide the expertise and curriculum that facilitates consistent and sustainable gender-sensitive training to all police officers as part of mandatory training programmes.”

The minister also shared that the session ended with high commendations from CEDAW for achievements already made, and members expressed their confidence Federation’s ability to move the women and girls empowerment agenda forward.

The 83rd Session of the Committee on the Elimination of Discrimination Against Women (CEDAW) runs from October 10-28.