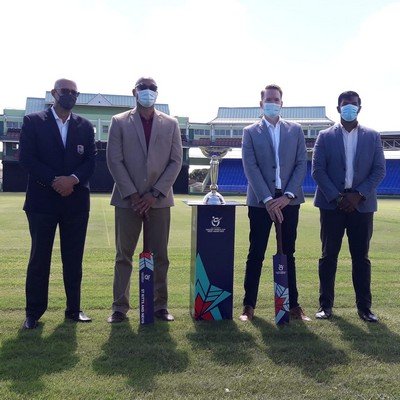 At a launch press conference on Monday (November 29), Cricket West Indies, the International Cricket Council (ICC), and the Ministry of Sports confirmed the news. Sixteen teams will play 64 matches over 28 days across four host countries. Warner Park will host matches held from Jan 14 through February 5.

St Kitts and Nevis and Guyana will also host16 warm-up matches between January 9 and 12.

“Now today after a number of venue inspections and commitment from the government to provide everything that is needed, we are happy to announce St. Kitts and Nevis as an official who was working for the ICC U19 Men’s Cricket World Cup,” said Tournament Director Fawwaz Baksh during the press conference.

The 14th iteration of the tournament finds a home in four host countries, including Antigua and Barbuda, Guyana, St Kitts and Nevis and Trinidad and Tobago. A first for the Caribbean.

Cricket West Indies President Ricky Skerritt urged the community to support the West Indies and attend matches. Five Nevisian cricketers are in consideration for the final under 19 teams.

“I want you to do two things, keep them working. Know who they are and keep them working. And that’s really been the mission across the region to have our young players in the midst of the pandemic where they are not playing any local cricket in most cases, to keep them working on their own, but we’ve set coaches up, including in Nevis… St. Kitts and Nevis has more than the usual interest this time around. So please give the team your support. Give the event your support,”

Powell expressed that he thought the under 19 tournament was timely as we saw the retirement of some West Indies cricketers recently, and this tournament presents an excellent opportunity to support the new stars of the West Indies Cricket Team.

“We have just seen the retirement from Cricket West Indies of some of our top players from over the past few years in Chris Gayle and Dwayne Bravo. But at the same time, it’s an opportunity for us to see the new stars, the stars of tomorrow, not just from Cricket West Indies, but certainly from the world over. This is really an opportunity for St. Kitts and Nevis to come out, for us here in St. Kitts more so than in Nevis obviously, to lend that support to the development of cricket,” said Minister Powell.