SKN To Participate In 16-day Campaign Against Gender-Based Violence 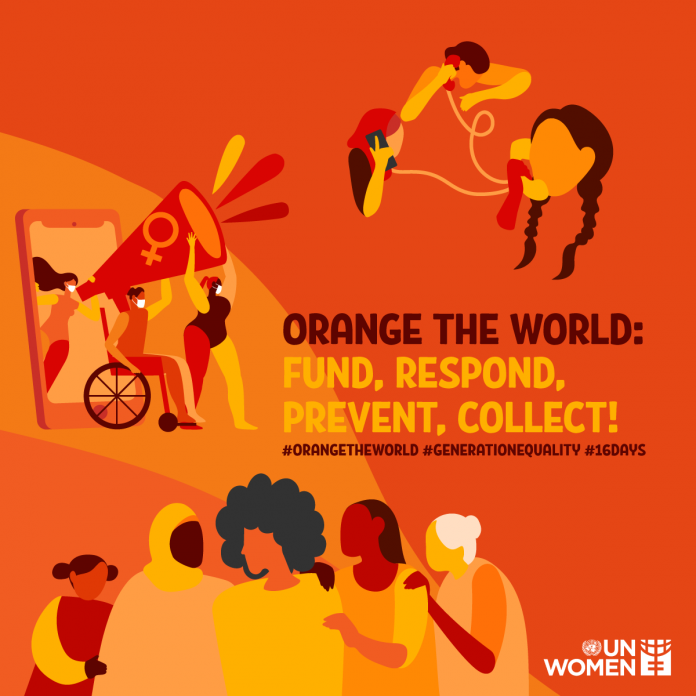 St Kitts and Nevis (WINN): The Department of Gender Affairs will participate in an activism campaign against gender-based violence, as the annual 16-day campaign starts from November 25th to December 10th, 2020.

This year’s 16-Day Campaign operates under the theme: Orange the World: Fund, Respond, Prevent, Collect!, and will highlight the need for the elimination of violence against women, children, and men.

The Department of Gender Affairs has organized several activities during the 16 days. On Wednesday, November 25th, a Statement by Minister Eugene Hamilton and a Panel Discussion on ‘Working for You’ programme- addressing the topic ‘The Effects of Domestic Violence on The Vulnerable Population’, and the debate of the Model Sexual Harassment Bill by the St. Kitts Youth Parliament Association.

On Friday, November 27th, at the Independence Square, the Display of Silent Witnesses (figurines of deceased victims of domestic violence) and the Domestic Violence Pledge Board, where passersby can sign to indicate their support in the fight against this social ill, and on

November 30th, a presentation of partial scholarships will be made to two survivors of domestic violence who are now attending tertiary institutions.

On December 4th a collaboration with the Nevis Department of Gender Affairs to host ‘Wear Orange Day’ (which encourages the public to wear orange, the awareness colour of the 16-day Campaign) as well as Nevis’ Display of Silent Witnesses and Domestic Violence Pledge Board.

A second ‘Working for You’ Panel Discussion, addressing the Family, on December 9th -the day before Human Rights Day on December 10th- closing the 16-day campaign.