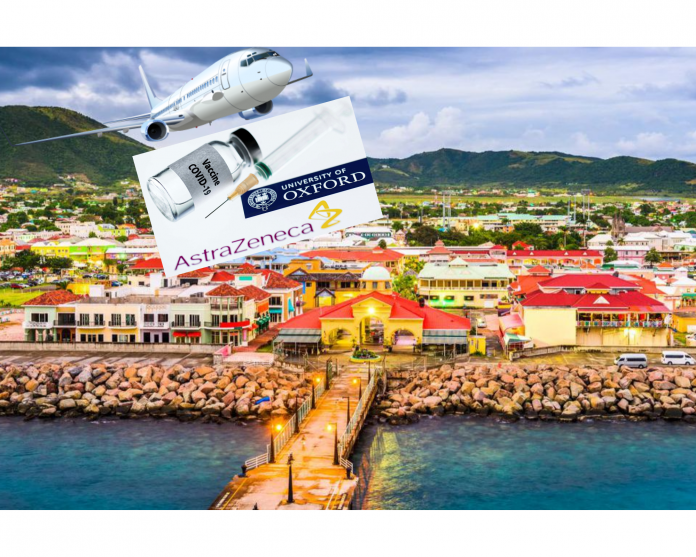 St Kitts and Nevis (WINN): More infectious, a higher chance of reinfection, and an increased chance of death are how the three prevalent variants of the COVID-19 virus are described.

That is according to an update from the Chief Medical Officer, Dr. Hazel Laws during her address on the February 2 edition of Leadership Matters.

The three variants originate from the United Kingdom, South Africa, and Brazil and Dr. Laws gave some background on the variants and the difference from the novel coronavirus according to current research.

During her address, Dr. Laws stressed the importance of the non-pharmaceutical measures in preparation for if/when the variants arrive in our federation. However, that feat can only be accomplished if the current protocols are strictly adhered to in the federation.

According to Dr. Laws, the federation is expected to receive 21,600 doses of the Oxford/AstraZeneca Vaccine which would inoculate 10,800 people or 20% of the federation’s population.

That is because the Oxford/AstraZeneca has to be taken in two doses four weeks apart for maximum protection against the virus.

Barring any hiccups with the emergency use approval of the Oxford/AstraZeneca this week (February 1 – 6) the delivery is expected to start from mid-February through the second quarter of 2021.

Through the COVAX agreement, the federation paid US$800,000 to guarantee access to approved COVID-19 vaccines, US$600,000 of which was sourced from the Republic of China on Taiwan and US$200,000 from the Alba Bank, according to Prime Minister Dr. Timothy Harris.

In an article on the BBC, Germany, Austria, and France have indicated that they will only use the Oxford/AstraZeneca on 18-64-year-olds because there is a lack of data on its protection for people 65 and older.

However, AstraZeneca says clinical trial data “supports efficacy in the over-65s age group”. Also in a release from AstraZeneca they stated that the dosing regimen was shown to be safe and effective in preventing symptomatic COVID-19 14 days after the second dose, with no severe cases and no hospitalizations.