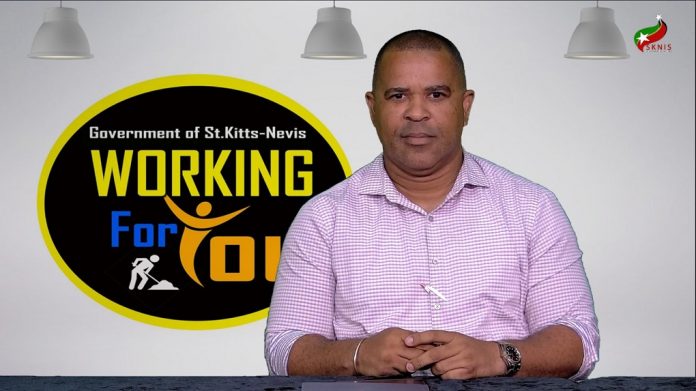 Basseterre, St. Kitts, July 23, 2020 (SKNIS): The Chemistry Department at the St. Kitts and Nevis Bureau of Standards (SKNBS) will be receiving some upgrades including accreditation and updated equipment that will facilitate trade, says Director Stuart Laplace, during an airing of “Working for You” on July 22.

Mr. Laplace said that over the next two years, the Chemistry Department will be moving towards ISO/IEC 17025:2005 accreditation.

According to iso.org, ISO/IEC 17025:2005 specifies the general requirements for the competence to carry out tests and/or calibrations, including sampling. It covers testing and calibration performed using standard methods, non-standard methods, and laboratory-developed methods.

The director stated that where trade is concerned, they will be updating some equipment where the department can test and verify items such as jams, jellies, coconut drops, juices and ice-teas that locals make. He said that this will assist them in trying to get into the international market.

“We are aware of what the standard requirements are for some of these countries,” he said. “So, we are here to assist those persons in getting their labels, calorific values, sugar and proteins added to their labels correctly to ensure that when it gets to the borders that we have no issues in terms of trade delays. We are trying to facilitate trade in that aspect.”

Mr. Laplace said because the department is tied to the Department of International Trade, the lab is now going to take on the role of Trade Lab as well.

The SKNBS Director said that the lab will be receiving a gas chromatographer with funding from the Caribbean Development Bank (CDB) and the European Union under the 11th European Development Fund (EDF).

“That piece of equipment is what is going to be used to basically do all what I just mentioned,” he said. “So we are going to test all the protein contents and all the stuff of the food using the equipment. We can also use it to test the quality of diesel and gas at the stations and of course again we verifying that you the customer is getting the right quality of petrol that you are paying for and ensuring that the person who is buying it as the company is being sold the right quality grade in bulk as well. So, it’s more of a verification additive that we have.”