SKNLP Candidate for Constituency No 4 talks the weight of future political career; “It is real” 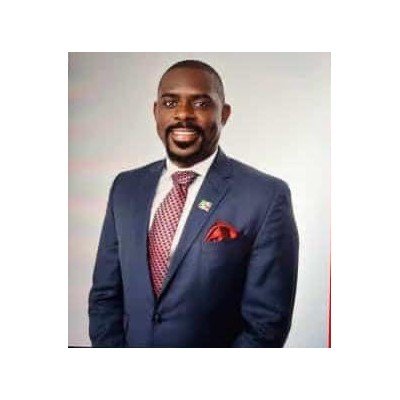 “I was just really thinking like, okay, this is real now. What’s interesting is for years, I’ve been asked about politics, and initially, I was really one of those that was like no, because of the disdain for some of the ways the processes were handled and the perceived inequality and unfairness that we seem to attach to politics. If you knew me, you couldn’t get me to listen to anything political. And then you start maturing and recognising that no matter what you do and how you approach it, you still are governed by these laws and governed by whatever is coming out of those halls. So coming to that moment and being asked all the time, and years of considering and reconsidering… it was a real moment, this is it now, and you have to be the change you want to see,” said the St. Kitts-Nevis Labour Party Candidate for Constituency No. 4. 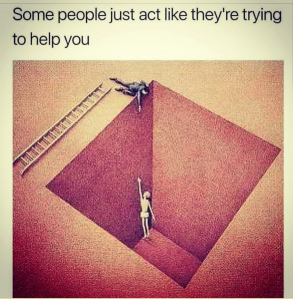 The farmer credits his acceptance of a political career to a meme, the last push that inspired him to start his climb up the political ladder.

“Interestingly, it was a picture… it was a meme. I don’t know if you guys ever saw the meme where there were two guys, one down in a hole and one at the top of the hole, [reaching] down his hand with a ladder next to it. That meme for me really kind of changed my perspective because I felt like the guy at the top of my whole doing as much as I can for people knowing that I’ve been asked to use this ladder for so long and not using it out of whatever personal feeling I have toward it and saying that I was trying to help. So I felt like a hypocrite actually, and I thought, you know, just use the ladder and help as many people as you could identify was important. Because policies are broad-based, that’s what politics is really well. So from a policy perspective, a reach perspective, I think that it offered me the right opportunity to really extend that region [and] really help rather than just extending my hand,” Duggins said during an interview on the Wednesday, April 6 broadcast of WINN’s Island Tea with Jade Johnson and Azem Bailey.

Duggins said he felt that he was always called to help the underprivileged and those who did not have a voice or have the opportunity for their voice to be heard.

“When it was Hip Hop music, I was pioneering that and making sure everybody had a voice. When music took off well enough, and I recognised that poets didn’t have a voice, I went back and helped poets. It was always a fight for the underprivileged, always a fight for those that didn’t have a voice and tried as much as I could to give my voice to them… this is another case of that, but every time you step into a new room, you realise there’s a higher level of a problem and my life has been dedicated to trying to keep down these doors and break these glass ceilings on every level. If that is my purpose for being here, I’m willing to execute that all the way through.”

What drew the SKNLP candidate to No. 4?

“I’ve [lived] in No. 3, No. 2, No. 4 in terms of my own personal living. Also, in earlier years I spent in the US, Miami, Rhode Island, St. Martin, comeback… my life has been all over the place in that regard. So I’m not one of those who feel like I am attached to any one particular place. I think I am a man of the soil; I was born in St. Kitts and raised in St. Kitts for most of my life. But No. 4, that’s really where I grew up. I ventured there every morning and went to school; my schoolmates, my friends, and my best friends all came from the area. I applied to be a math teacher, and they sent me right back there. And then I decided to be a farmer, and the land was right back there. And I decided to buy a property, and it was right back there. All of this is before even considering politics.”

“In understanding the inoperations of all, the one that suited my own desire for democracy, inclusion and true love for everybody, humans are humans; to me, the Labour Party offered. I applied to a process just open for anybody. I was considered just like anybody. And I went through the process like everybody. The fact that they even considered my application in that sense is [a] testament to what I’m talking about; because, again, I’ve been involved otherwise, and that’s no secret. And I’ve never tried to make that a secret on any forum. Because my principles remain the same no matter what…if you listen to me, then, apart from the name, the principles are all the same; inclusion, people, love, development. I believed it then, and I believe it now. But I’ve had a chance to see them all operate, and, I could now say with more wisdom than I maybe did before, who I think is the better one to align myself.”

Duggins drew reference to that video as an example of the perceived toxicity of the political arena as the perspective of the people of St. Kitts and Nevis.

He made an analogy to explain the people get out of the political arena what they put in; if you feed it acid, you get acid.

“So if the good people stay away from politics, then it would always be considered nasty. And I think this is a call for people who believe differently to come to the table because the nature of politics is democracy, right?”

What does he hope to achieve as a young incumbent?

It should be no surprise that the farmer and entrepreneur would focus his attention on agriculture, food security and entrepreneurship as the owner of Montraville Farm in Old Road (Constituency No. 4).

“Food security, People empowerment, youth development, I’ve fought for entrepreneurs all my life, what I’m doing in agriculture and what I’m doing with young persons. I mean, from my first job, I was a teacher, and once I got my first job, I started a scholarship. These are not things that I’m just talking about politically. Legal reform is another thing… I look at our society, and that little black boy theory is real. These glass ceilings that they place on you like you should not go beyond this point because you are not one of the people in the category that we have prescribed to this particular position. And I want to tell all of us, let’s put away with that and break that glass ceiling and open the door for any and everybody who has the potential and the ambition and who’s willing to work for it.”

Duggins is one of two new candidates unveiled during the launch of the eight St. Kitts-Nevis Labour Party candidates who are vying for the win in the next general elections here. The other candidate, Attorney-at-Law, Ms. Marsha Henderson.

Watch the full interview with Samal Duggins, SKNLP Candidate for No. 4, here: