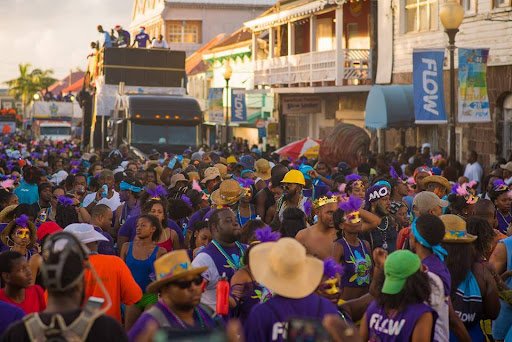 (Press release) As a follow-up to a meeting with registered Road March Contenders held in early October, 2022 the St Kitts Nevis National Carnival Committee (SKNNCC) has confirmed that all Road March bands, soca artists, and calypsonians must submit in writing the name of their tune to be considered for Road March to the SKNNCC Secretariat by Friday, 18th November.
Road March tunes must be publicly released in full on a local Radio Station no later than Friday 25th November to be considered as part of the competition.

Judging for the Road March contest will take place between 5:00 am and 11:00 am on J’ouvert morning, Monday, December 26th. Judging will be split into two (2) categories.

Contenders will score points at various locations along the downtown Basseterre J’ouvert route. In addition, registered bands, soca artists, and calypsonians are required to perform their registered songs at an identified area in the city center.

In an effort to get the early release of songs and more contenders, the SKNNCC has increased the prize monies for Road March. For the first time in the history of Carnival, the Road March winner will receive EC$20,000, almost doubling what it was in 2019, the last time the competition was held. The First runner-up will receive EC$15,000 and the Second runner-up will walk away with EC$10,000.

Competition rules and regulations are available online at www.skncarnival.com or at the Carnival Secretariat in the E.C Daniel Building on Cayon Street.

After a two (2) year hiatus, J’ouvert Celebrations will return to the streets of Basseterre in full on the 26th December from 5:00 am to 12:00noon.