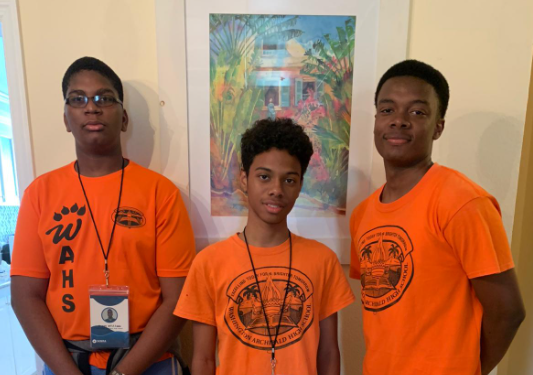 The teams were expected to complete a series of tasks; the first – (The Active Mine Task)- where the drones had to showcase the ability to disarm the mine and remove the arming device to the platform.

In both the second and fourth tasks– (The Sunken Waste Challenge)- the drones were expected to collect assigned waste items and deposit them through a vault hoop.

Task three- (The Garbage Patch Challenge) -the drones were expected to move items to the deck of a pool.

Of the allotted 120 points possible over the weekend, the WAHS secured their lead with 55 points. The BHS amassed a total of 15 points and received the second-place position.

Chairperson of the St Kitts and Nevis Robotics Association Dr. Ricardo Neil said, “I am extremely proud… that we can now put on a program… and invite four schools to compete in the challenge here in St Kitts and Nevis.”

Highlighting that the Federation is the only Caribbean country right now having drone challenges within the region.