SKTA CEO on investments in tourism product for Summer 2022 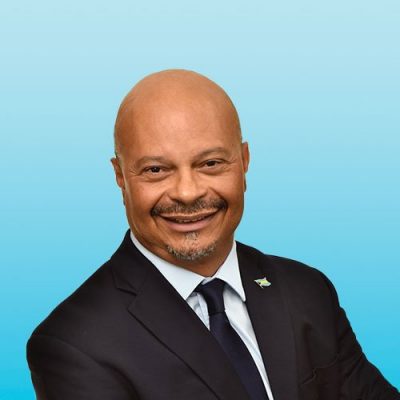 St. Kitts and Nevis (WINN) – The St. Kitts Tourism Authority (SKTA) is stepping up its global marketing and storytelling initiatives to help bolster the summer offering for the tourism sector.

Content marketing drives the strategy, which is designed to showcase the authenticity of local talent.

“We’ve got local Kittitians telling the story of St. Kitts; we find that that resonates with the visitor a lot more than just the ads that we do. So the ads are important because it drives the consumer to our website, where we’re then better able to engage them. [The] ad is what 30 seconds or the print ad people glimpse at it but if it catches their attention, it would then drive them to the website, and then we try to keep them engaged in the website as long as possible. That’s where you’re going to get the majority of people making the decisions,” said the CEO of the SKTA Ellison Thompson on Island Tea (March 3).

Thompson also highlighted some of the challenges facing the St. Kitts Tourism product, namely limited regional airlift. He added that with cultural events on the horizon, St. Kitts is taking steps to attract fellow Caribbean based travellers to our shores.

“Where we do have some challenges with airlift is from the Caribbean region, which is actually a huge market for St. Kitts. So we’re actually in negotiations to see how we can get some additional lift with different carriers into St. Kitts, especially with the Music Festival coming up; the Caribbean is a huge market for that, so we’ve got to see how we can beef that up.”

St. Kitts will have daily airlifts to and from Miami with two flights on Saturdays for the summer. As it pertains to international airlift, the SKTA is working in two avenues to drive more people to the Federation.

“We work on a two-prong approach. We’ve got to deal with the network planners, who decide where the flights are coming in and how they’re coming in. We also have to work with the marketing people to make sure that we’re advertising the routes and advertising St. Kitts as a destination that they fly into; so for example, when you work with American Airlines, you can work with their sales department. They also have a tour offering called American Airlines Vacations, so we work with them as well in order to get the packaging, combining the hotels, the air and sometimes the excursions into a package that some people find more convenient to purchase.”

Additionally, cruise calls will slow starting in April, but there is a chance that some cruises may be pushed here due to the Russia/Ukraine conflict.

“Now, the only caveat to that is what’s happening in Europe and Ukraine. Are the cruise lines going to feel comfortable with their ships in that area if this thing escalates? So they may pull the ships and need somewhere to put them. So that may bode well for the Caribbean, but right now, it’s still too early to say how that’s going to turn out.”

Thompson was asked about the cruise lines that are coming here in the summer, and he admitted that as it stands now, not many have confirmed a summer itinerary for the destination.

“Not that many, unfortunately. But like I said, we are not sure how many will actually end up here because of the current situation. But today, we have confirmed calls from Royal Caribbean and potentially Princess Cruise lines for the summer.”

The CEO also hinted at a community-based tourism initiative for specific parts of the island to increase the experiences for tourists while directly benefiting people in the communities.