Space for food truck vendors yet to be officially opened 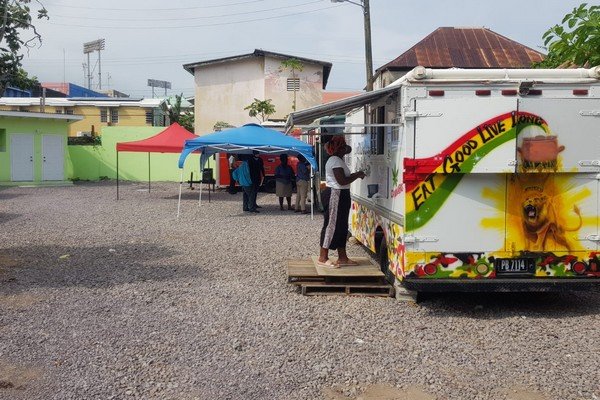 While the space for food truck operators is still incomplete and awaiting an official opening, the vendors said they have been using social media platforms such as Facebook and WhatsApp frequently to recapture customers after being off the road for more than two months.

WINN’s News Team visited the area on Monday and spoke with one of the vendors who said the two-month halt of operations for their business resulted in debt due to not being able to pay bills and provide for their family.

Speaking with one of the patrons, he expressed his joy with the return of the food vendors but said he was disappointed with the size of the space and the capacity to social distance.

According to government officials, the space was expected to be officially opened on October 04 but to date, that has not come to fruition.

In an effort to create a controlled space for food truck vendors, the government began the rehabilitation of the space north of Independence Square late July of this year. The vendors once operated throughout the streets of Basseterre.