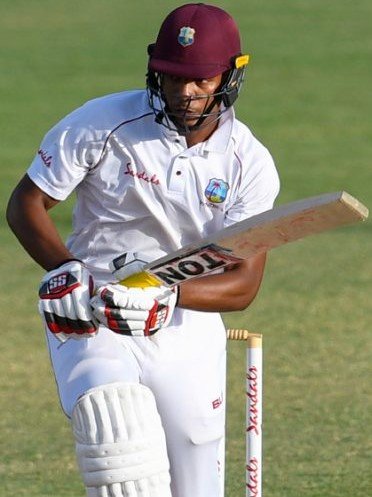 “As Minister of Sports in the NIA, I am extending congratulations to Kieran Powell for making it to the provisional West Indies squad for their upcoming test series. Great performance during the match in St. Lucia that earned you that spot. Best wishes from all of us in Nevis as you push to make it to the final 13. Stay focused on your goal,” the Minister encouraged.

Powell, a Nevisian cricketer is regarded as one of the most gifted and elegant of active batsmen for the West Indies Cricket Team.

He has been named to the Windies provisional 17-member squad for the Betway Test Series against South Africa to be played in St. Lucia at the Daren Sammy Cricket Ground on June 10-14 and June 18-22, 2021.

According to West Indies Cricket, “These are the final matches in the current cycle of the [International Cricket Council] ICC World Test Championship with both teams trying to finish higher in the final Championship table.”

Over the course of Powell’s career the 31- year-old left-handed batsman has played international cricket for the West Indies as part of its Test and One Day International (ODIs) squads.

The Cricket West Indies (CWI) Selection Panel is scheduled to name the official 13 members for the South Africa Tour of the West Indies on Monday, June 7.