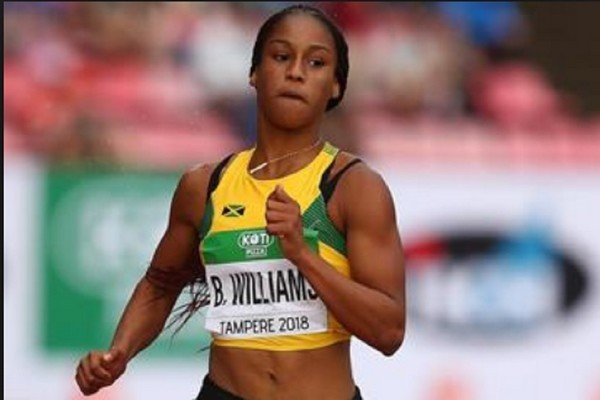 (Jamaica Observer) MONTEGO BAY, St James — Olympic Games relay gold medallist Briana Williams is biding her time as she watched her teammates Elaine Thompson-Herah and Shelly-Ann Fraser-Pryce set some of the fastest times ever run by women over the 100 and 200m in the season that ended a few months ago.

Thompson-Herah, who retained her Olympic Games sprint double, also clocked 10.54 seconds for the 100m at the PreFontaine Classic at Hayward Field in Eugene, second fastest of all times. Fraser-Pryce, meanwhile, ran 10.60 seconds at a Diamond League meet in Lausanne, Switzerland, third fastest, ever.

Williams, who led off the Jamaican women’s 4x100m relay team in both races at the Tokyo Olympics in August, has a personal best 10.97 seconds set last year in her final year as a junior and fifth best overall by a Jamaican, was in the race in Eugene and got a first-hand look at what it is like to run that fast, said she is being patient.

“My time will come to run fast,” she said yesterday at a Christmas treat she had or children of the Paradise Acres/Norwood/Hendon communities in St James.

Williams told the Jamaica Observer that come next year she aims to run faster than she has done before and to make the Jamaica team in the 100m and 200m for the World Athletics Championships in Eugene as well as the Commonwealth Games in Birmingham, United Kingdom.

“I just want to go faster than my personal best,” she said. “I know I will do that based on how well my training has been going so far, and I am looking forward to the season.”

Her preparation started in October and she said “it has been going great so far”, adding that she will open her season indoors at the Millrose Games in New York on January 29.

Williams added that so far she only knows about her first two races, so she has no idea if making the team to the World Indoors in Belgrade, Serbia, in March is part of the plan yet.

“The biggest one for me would be to go to the World Championships in Eugene for the 100m and 200m, and that is the one I am looking forward to,” she said, adding both major events next season, including the Commonwealth Games were on her radar,” Williams ended.