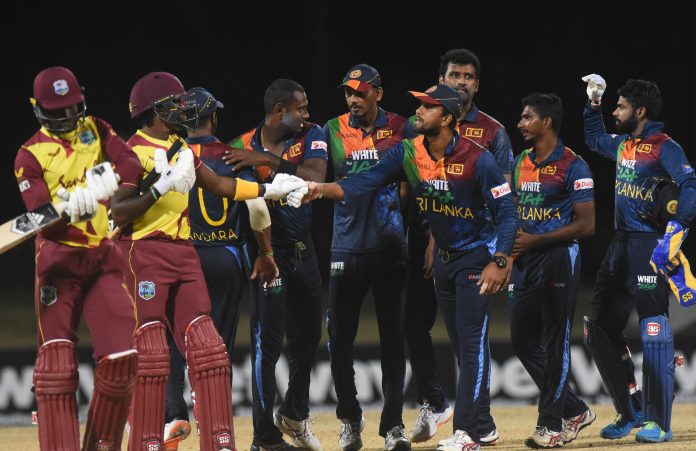 ST JOHN’S, Antigua – West Indies lost to Sri Lanka by 43 runs in the second CG Insurance T20 International on Friday night, to set up a series-decider. The visitors batted first and made 160-6 off their 20 overs. The home side lost wickets steadily and were bowled out for 117 off 18.4 overs at Coolidge Cricket Ground.

West Indies won the opening match on Wednesday night by four wickets – a memorable contest which included six sixes in an over from Kieron Pollard and a hat-trick by spinner Akila Dananjaya. The stage is now set for the third and final CG Insurance T20I on Sunday night and the winners will take the series.

Left-arm spinner Lakshan Sandakan (3-10) and leg-spinner Wanindudu Hasaranga (3-17) were the leading bowlers, backed up by fast bowler Dushmantha Chameera took 2-26. Hasaranga was named CG Insurance Man-of-the-Match for his good bowling and his unbeaten 19 in Sri Lanka’s innings, which was given the ideal start by Danushka Gunathilaka top-scored with 56 off 42 balls. He shared an opening stand of 95 with Pathum Nissanka who made 37 from 23 balls.

Dwayne Bravo was the stand-out bowler with 2-25 from his four overs – a mixture of change of pace and accurate yorkers. He broke the opening stand, with a sharp piece of fielding and a direct hit which accounted for Nissanka. Three balls later he had Gunathilaka caught at extra-cover from a well disguised slower ball.