St. Kitts and Nevis Assumes the Chairmanship of the Permanent Council of the OAS 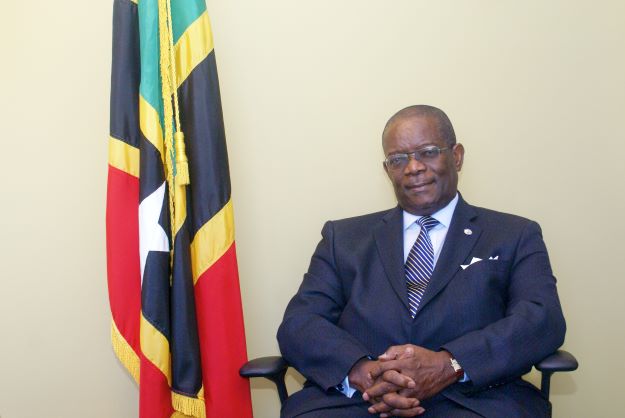 He further noted that the outstanding performance of St. Kitts and Nevis was not a result of happenstance, but “the direct result of building economic resilience by efficiently managing its budget, living within its means, and reeling in its outstanding debt load from 136 percent of GDP in 2010 to an impressive 40.6 percent in 2020, the lowest among OECS member states.”

While pledging his commitment to Chair the august body for the first quarter of 2022, H.E. Dr. Hull, stated, “We have to confront our challenges together and learn from each other… There is much work ahead to be done.” He underscored that it is important for the OAS to examine the root causes, why member countries are “trapped at a low average annual per capita income level of US$15,727”, noting that this contributes significantly to the human capital flight that is being experienced in some parts of the Western Hemisphere. He stressed, “Performance matters and matters a great deal.” He therefore advised, “Performance scorecards on changes in productivity, changes in income levels, changes in debt ratios, changes in foreign direct investment and changes in imports of goods and services are critically important” if the region is to propel forward.

He further emphasized that in the pursuit of democracy, which is a major pillar of the OAS, member states must pay keen attention to three causal factors influencing changes in democracy that have been identified by the World Bank; 1. Control over Corruption, 2. Political Stability, and 3. Voice and Accountability. He admonished that these contractionary forces can adversely impact the resilience, which the OAS seeks to strengthen.

St. Kitts and Nevis will serve as the first of five successive CARICOM member Chairs over the next 15 months, which is deemed as a unique opportunity for CARICOM to advance its collective interests at the OAS.

The Permanent Council of the OAS reports directly to the OAS General Assembly. The Permanent Council keeps vigilance over the maintenance of friendly relations among the member states and for that purpose, effectively assists them in the peaceful settlement of their disputes. It carries out those decisions of the General Assembly or the Meeting of Consultation of Ministers of Foreign Affairs, the implementation of which, has not been assigned to any other body. It also watches over the standards governing the operation of the General Secretariat.