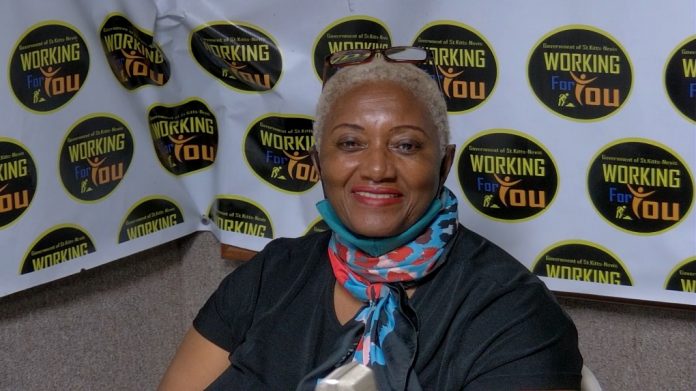 Basseterre, St. Kitts (SKNIS): In keeping with the United Nations Sustainable Development Goal #5, which is to achieve gender equality and empower all women and girls, St. Kitts and Nevis is currently developing a National Gender Policy, says Celia Christopher, Director of the Department of Gender Affairs.

Mrs. Christopher was at the time speaking on the radio and television programme “Working for You” on January 13.

She said that since 1999, the Federation has sought to address the integration of gender into its policies and programmes.

“The need therefore for a comprehensive gender policy to assist with the mainstreaming of gender in all sectors of government and civil society is evident,” said Mrs. Christopher.

It was noted that the recommendation from the 2014 Gender Equality Study that was funded by the Caribbean Development Bank further highlighted the need for a National Gender Policy.

“The country needs as a matter of priority to develop a National Gender Policy,” she said.

Mrs. Christopher said that the objective of the National Gender Policy is to provide an institutional framework that will assist the Government of St. Kitts and Nevis in facilitating gender equality and empowerment in keeping with Sustainable Development Goals and other international instruments, which the state is a signatory.

She further stated that the policy will ensure that men and women have equal access to resources.

“This is key because in society we have all sorts of groups out there, men and women. But they must be able to have equal access to all of the resources in the country, participate equally in every area of national endeavour, and that cultural barriers to the realization of equality are addressed,” said Director Christopher.

Mrs. Christopher noted that although St. Kitts and Nevis has enshrined in its Constitution non-discrimination on the grounds of sex, and is a signatory to several international conventions such as the Convention on the Elimination of All Forms of Discrimination Against Women (1979) and the Commonwealth Plan of Action for Gender Equality (1995), there is still a significant disparity between the de facto and de jure Equality.

The Federation of St. Kitts and Nevis has since 1999 sought to introduce the full definition of gender while also addressing the integration of gender into its policies and programmes.