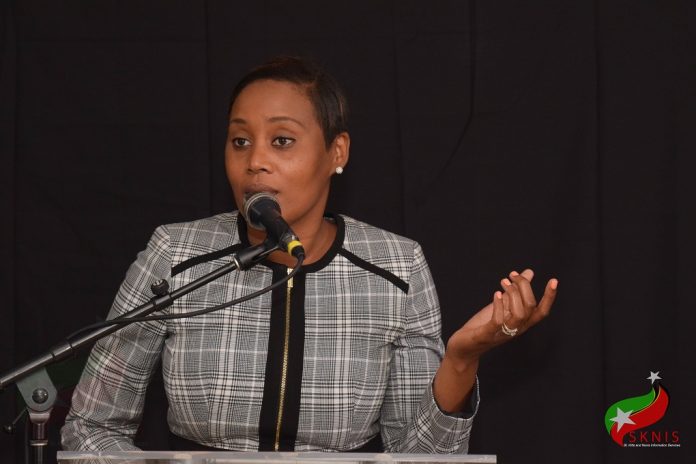 Basseterre, St. Kitts, March 24, 2021 (SKNIS): Officials in the Ministry of Entertainment and Talent Development are making connections with film producers currently in St. Kitts and Nevis in a bid to further develop the local film industry.

Minister responsible for Entertainment and Talent Development, the Honourable Akilah Byron-Nisbett, credited personnel within the St. Kitts Tourism Authority for assisting the interaction between officials from the government, MSR Productions, and producers from the reality show “Below Deck.”

Below Deck is being filmed at Park Hyatt in St. Kitts, while MSR Productions is filming a movie titled “One Year Off” in Nevis.

“The feedback so has been very good, and we are looking forward to furthering discussions with them as we try to develop that industry here in St. Kitts and Nevis …,” Minister Byron-Nisbett said at the Prime Minister’s Monthly Press Conference on March 23, 2021.

Prime Minister Dr. the Honourable Timothy Harris stated that in addition to producing “One Year Off,” the principal of MSR Productions has “promised to deliver” six more movies this year.

Dr. Harris expressed that the production of additional films augurs well for the development of the local film and creative arts industry. It will also assist with added visibility for the twin-island Federation, which is expected to produce additional tourism-related opportunities.