St. Kitts and Nevis Finishes its Mandate on the UNESCO Heritage Body as Vice-President 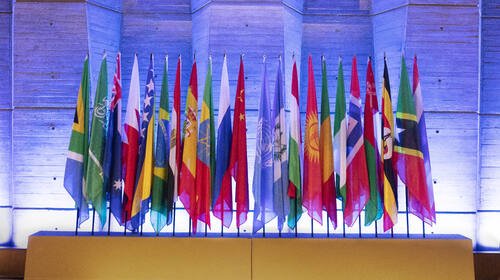 Basseterre, St. Kitts, August 04, 2021 (SKN National Commission to UNESCO): Despite the disruption to the normal scheduling of the World Heritage Committee due to the pandemic, UNESCO’s most influential body held its 44th session virtually towards the end of July, with remote participation by delegates from St. Kitts and Nevis.

The Federation was elected to the World Heritage Committee in November 2017, as one of the 21-strong body of Member States, represented at this specialized UN agency based in Paris. After a four-year mandate on the Committee, St. Kitts and Nevis will stand down later this year at its General Assembly.

But before relinquishing its seat and being the only small island developing state on the Committee, the Federation had a last-minute shot at marking its legacy to the workings of the World Heritage Committee: member states elected St. Kitts and Nevis as vice-president.

Noted Ambassador David Doyle, the Federation’s Permanent Delegate to UNESCO, who led the nation’s delegation: “it’s a rare privilege and opportunity for a small island state, such as St. Kitts and Nevis, to serve on the most influential of UNESCO’s bodies, and to excel to a position of seniority on the World Heritage Committee”.

Ambassador Doyle thanked his co-delegate to this UNESCO Committee, Mr Percival Hanley, general manager of the UNESCO-listed Brimstone Hill Fortress, for all his devoted and ardent work over the past four years in ensuring a sterling representation on behalf of St. Kitts and Nevis.

St. Kitts and Nevis won a number of plaudits from certain UNESCO Member States for its support in backing nominations of national heritage sites to the World Heritage List.

One such word of praise came from the chargé d’affaires of the Embassy of Pakistan, Paris, which conveyed to the St. Kitts and Nevis Delegation its” heartiest gratitude for your valuable support to Pakistan…” and to “commend the professionalism and expertise of your delegation who enabled Pakistan’s voice to be heard at the World Heritage Committee on the issue of Fort Shalamar Gardens in Lahore, the cultural capital of the country”.

St. Kitts and Nevis has cultivated relations with other more experienced heritage-endowed member states in the last four years with a view to seeking outside expertise and skills in developing the Federation’s own heritage policy platform.