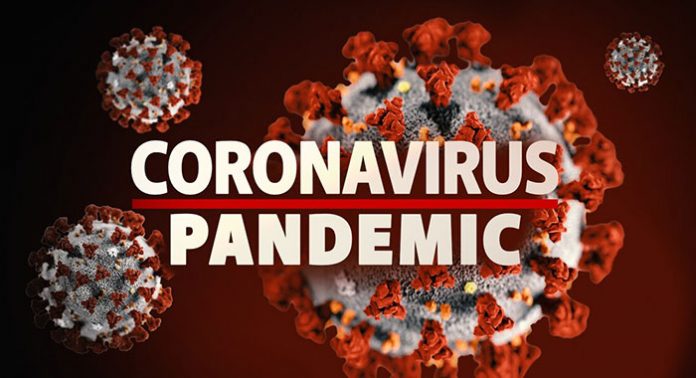 Basseterre, St. Kitts (SKNIS): Health authorities in St. Kitts and Nevis successfully managed the second wave of the COVID-19 virus which, was later identified as the Lambda variant. There is no evidence of a new variant being in the federation. However, officials are being extremely vigilant in monitoring the situation on the ground.

“We have sent off other samples to CARPHA (the Caribbean Public Health Agency) for genomic sequencing and so when we get those results back we will see whether or not we have other variants here in the population circulating,” said Medical Chief of Staff at the Joseph N. France General Hospital, Dr. Cameron Wilkinson.

His comments at the National Emergency Operations Centre COVID-19 Briefing on Wednesday (July 28, 2021) demonstrate the due diligence of local health officials.

This is particularly important as several Caribbean countries have confirmed the Delta, Alpha and Gamma variants of the virus within their borders.

The World Health Organization (WHO) has designated the Alpha, Beta, Gamma, and Delta variants as “variants of concern.” It reports that the Alpha variant is present in 182 countries, Delta is in 132, Beta in 131, and Gamma in 81.

According to NPR.org, the Lambda variant has been identified in 28 countries as of July 22, 2021.

The autopsy of Trevoy “Trevy” Liburd indicated death by drowning; investigations into the events still ongoing.

WHO says monkeypox could start spreading among high-risk groups; Caribbean region on alert

Mighty Sparrow to be honoured with special day in Grenada

As Jan. 6 hearings portray an enraged Trump, DeSantis may be biggest winner

Only Good News - 30 Jun 2022Only Good News which is hosted by Enoete Inanga and airs every Thursday from 7pm to 8pm. You can stream it live via our YouTube, Facebook, Twitch and Periscope or listen via our FM station Winn FM 98.9.Follow us at:WEBSITE: www.winnmediaskn.com/FACEBOOK: WINN MEDIA SKN INSTAGRAM: www.instagram.com/winnmediaskn/ TWITTER: twitter.com/winnmediasknJoin the growing WINNMedia Family and get your dose of new videos every day! ... See MoreSee Less

Shawn Richards @sdyptshawn joins yours favs in the

Ladies and Gentlemen, boys and girls, one and all,