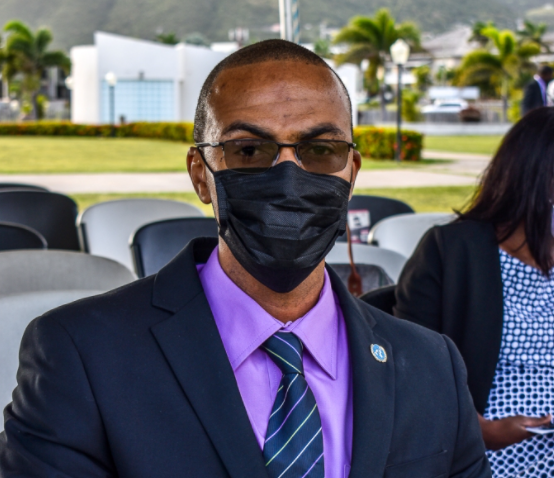 Basseterre, St. Kitts (SKNIS): The Federation of St. Kitts and Nevis is one step closer to finalizing its UN Country Implementation Plan (CIP) following a key stakeholders’ meeting aimed at reviewing and confirming national priority areas, to which the UN’s support should be closely aligned.

“In essence, the purpose of the meeting was to have an opportunity to engage key stakeholders within the Federation on several national priorities which the UN development system intends to provide programmatic support to St. Kitts and Nevis over the next two years, so that they are fully apprised of the process and can adequately prepare to receive the support and work closely with the respective UN agencies when specific programmes and projects are started,” said United Nations (UN) Country Coordination Officer for St. Kitts and Nevis, Cosbert Woods. “The expectation is that the CIP will help to enhance the coordination of the UN support in-country in a more cohesive and strategic manner to ensure that we create synergies across thematic areas and minimize overlap in terms of the support being provided.”

Mr. Woods said that the meeting was well attended and it was a very participatory process.

“We received feedback from the majority of the stakeholders in attendance and there was general support for the content of the draft plan, which many indicated covered a lot of areas that they have identified as priority areas. Additional input was also provided to enhance the draft plan.”

Permanent Secretary within the Ministry of Sustainable Development, Mrs. Elreter Simpson-Browne commended Auren Manners and his team from the Department of Economic Affairs and PSIP for their role in putting together the meeting, adding that the event was beneficial and timely “as prior to the CIP implementation, it gave stakeholders the opportunity to bring to the fore, areas that they deem priority and significant to receive UN assistance in its various forms over the course of the next two (2) years.”

In attendance were permanent secretaries, directors and other high-level government officials, NGO’s and other private sector stakeholders. The committee was chaired by Mrs. Simpson- Browne who gave stakeholders the platform to review and agree on the areas for intervention identified in the UN Country Implementation Plan (CIP) with potential relevance to line ministries and entities.

The CIP is expected to be implemented shortly, having been officially signed off by Prime Minister Dr. the Honourable Timothy Harris on February 17, 2022.

A similar meeting is scheduled for the island of Nevis next week.

St. Kitts and Nevis became the latest country in the region to sign on to the United Nations (UN) Multi-country Sustainable Development Cooperation Framework (MSDCF) for the Caribbean for the period 2022-2026. This new cooperation framework, which was finalized in November 2021, sets out and will guide the UN’s support to the Caribbean countries over the next five years, focusing on four priority areas: economic resilience and shared prosperity; equality and well-being; resilience to climate change shocks and sustainable natural resource management; and peace, safety, justice, and the rule of law.