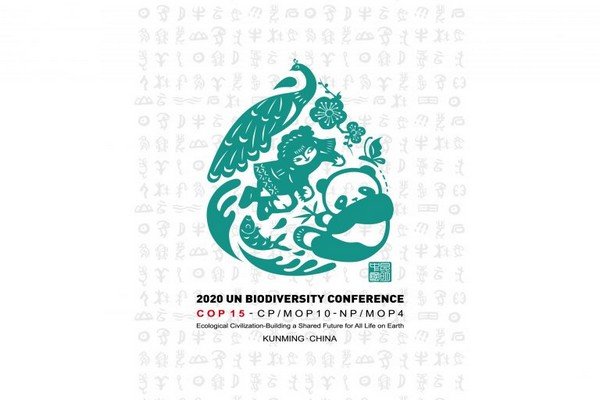 Basseterre, St. Kitts (Department of Environment): With the participation of almost 3,000 delegates in Kunming, China and almost 2,500 delegates connecting virtually, part one of the recently concluded UN Biodiversity Conference (COP-15), set the stage for the adoption of an effective post-2020 global biodiversity framework at the resumption of the Meeting in spring 2022.

The conference’s two-day High-Level Segment (12-13 October), which opened with the announcement by Chinese President Xi Jinping of the 1.5 billion-yuan (about $233 million) Kunming Biodiversity Fund, saw the adoption of the Kunming Declaration, where Parties to the Convention on Biological Diversity (CBD) committed to negotiate an effective post-2020 global biodiversity framework that can bend the curve of biodiversity loss.

The landmark framework, due for adoption at the resumption of the UN Biodiversity Conference in May 2022, gives clear political direction for those negotiations.

In his address at the High-Level Segment of the Conference, Minister of Environment and Cooperatives in St. Kitts and Nevis, the Hon. Eric Evelyn called for the implementation of an ambitious and effective global resource mobilization strategy for biodiversity conservation which is central to achieving the targets articulated in the post-2020 global biodiversity framework. Furthermore, the Minister affirmed his support for the Kunming Declaration which calls on countries to reform incentive structures, including phasing out or reforming subsidies and other incentives that are harmful to biodiversity and to mobilize additional financial resources to support the conservation and sustainable use of biodiversity.

The St. Kitts and Nevis delegation to the Conference also included Mr. Eavin Parry, Environmental Scientist and Ms. Vicia Woods, Biosafety Officer, both from the Department of Environment.

In articulating the linkages between the recently concluded CBD COP-15 and the upcoming Climate Change Conference (COP26), Mr. Parry explained that because climate change and biodiversity are inextricably linked and that the two crises are two sides of the same coin, it is time to tackle the biodiversity crisis with the same urgency as the climate crisis. The environmental official explained that at COP-15, the international community made significant progress towards the adoption of an ambitious global biodiversity framework with strong monitoring to measure progress on the ground. He concluded that the COP-15 summit, together with the climate summit (COP26) in Glasgow (to be convened on the 31st of October), are crucial meetings for life on Earth, with existential implications for humankind.