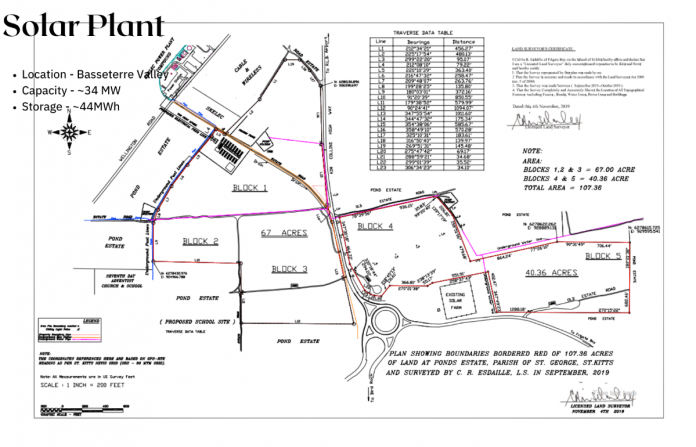 Basseterre, St. Kitts, March 04, 2022 (SKNIS): Director of the Energy Unit in the Ministry of Public Infrastructure, Dr. Bertil Browne said the Government of St. Kitts and Nevis is moving towards having 100 percent renewable energy, with the first step being the new solar farm deal and having a wind farm deal on the horizon.

The solar farm, which will be located in the Basseterre Valley on both sides of the Kim Collins Highway, will span in excess of 100 acres which would ultimately supply 25 percent of the total energy used in St. Kitts.

Meanwhile, Energy Officer Denasio Frank said that, “St. Kitts and Nevis is in negotiations with a company called North Star for a PPA for a 6.6 megawatt wind farm in Belle Vue, which would give us 6 percent of our energy demand.”

He added that St. Kitts has a good energy resource in terms of wind given the island’s location and, “because of the northeast trade winds so it would be good for the country in terms of clean and affordable energy.”

Mr. Frank said that the environmental assessment that was done for the wind farm concluded that it would not have any significant impact on the surrounding environment, and in particular for the birds.