St. Kitts Bus Associations in discussion for a possible increase in bus fare 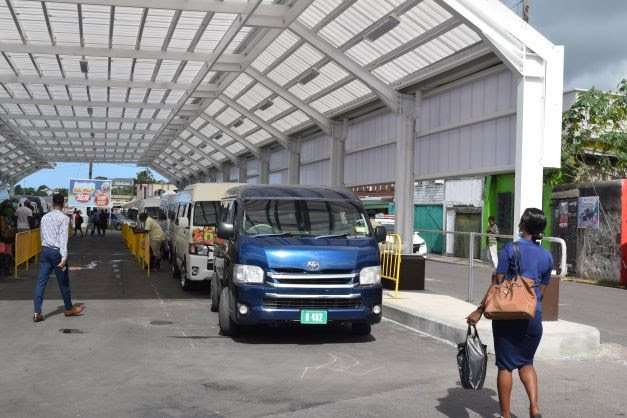 One such section in the growing entrepreneurial sector is the passenger bus operators who transport Kittitians and Nevisians daily.

Due to the increasing operation costs in transporting passengers safely, the Bus Associations on St. Kitts are in dialogue with the Government of St. Kitts and Nevis to get approval to increase bus fares. Information reaching the WINN FM newsroom indicates that bus fares will most likely increase by one dollar.

Meanwhile, an executive member of the Westline Bus association, in an extensive dialogue with WINN FM on Tuesday night (June 14), confirmed that there is an ongoing dialogue with the government to see if adjustments can be made to the bus concessions. He said bus concessions have not increased since June 8, 2010.

The executive member said the rising cost of oil, engine parts and tires are the main reasons bus drivers advocate for increased bus fares. He explained that though bus drivers continue to receive fuel subsidy benefits of EC$400 per month, it doesn’t go a very long way, adding that most bus drivers spend approximately EC$200 to as much as EC$240 daily to fill their gas tanks. He also explained that most buses need a change of tires every three to four months due to wear and tear, and tires are quite expensive. The executive member said that the engine and body parts for the buses need to be maintained. He stated that the constant slamming of the bus doors is an issue for bus drivers, but it is not usually addressed.

The only source of income for some of the bus operators comes from the transporting of passengers. Considering the aforementioned challenges, bus operators are implying that they are not making enough money to defray their expenses and provide for their families.

The Ministry of Finance must approve an increase in bus fares. However, it may be unlikely that the increase will be approved before the next election.