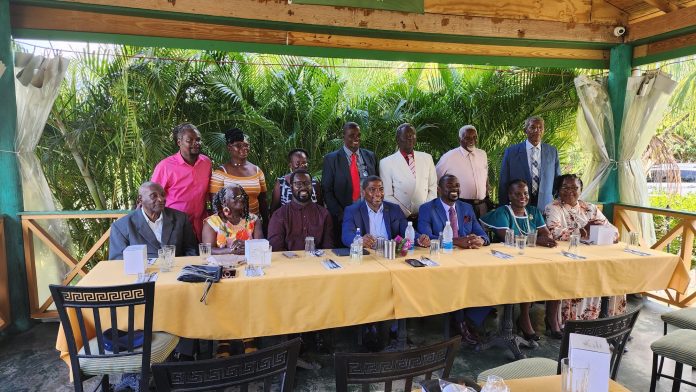 St. Kitts and Nevis (WINN): The largest producer cooperative group in the Federation- the St. Kitts Farmers Cooperative Society, will be celebrating 20 years since its establishment. The cooperative opened its 20th Anniversary celebration with a Church Service and an Awards and Luncheon Ceremony on Sunday, January 15 2023.

Following the church service at the Olivet Gospel Hall, the St. Kitts Farmers Cooperative Society held its luncheon award at “Jamrock” to honour four individuals who made outstanding contributions to the cooperative and, by extension, agricultural development on the island.

The awardees were Ernest Wigley- a long outstanding member of the St. Kitts Farmers Co-op; Luther Clarke- one of the founding fathers of the Co-op; Aramella Nisbett – a former president; and Paulette Peets, the treasurer, who too has given long and exceptional service to the St.Kitts Farmers Co-op.

Prime Minister Drew said that the Government of St.Kitts and Nevis is committed to modernising the Agriculture Sector and creating a sustainable island state.

“We intend to reposition the Agriculture Sector so that it can contribute more to economic growth, jobs, food and nutrition security and the overall sustainability of our country,” said Prime Minister Drew.

The. St. Kitts Farmers Cooperative Society will also be hosting the “Farmacy Food Fair” at the Agro-strip at Pond’s Pasture on Thursday, January 19, 2022, from 9 am to 5:00 pm. The coop is inviting the general public to patronise the farmers. A large variety of local vegetables, fruits, agro-processing products, and freshly cooked foods will be on sale.

The St. Kitts Farmers Cooperative Society was established 20 years ago on January 24, 2002.