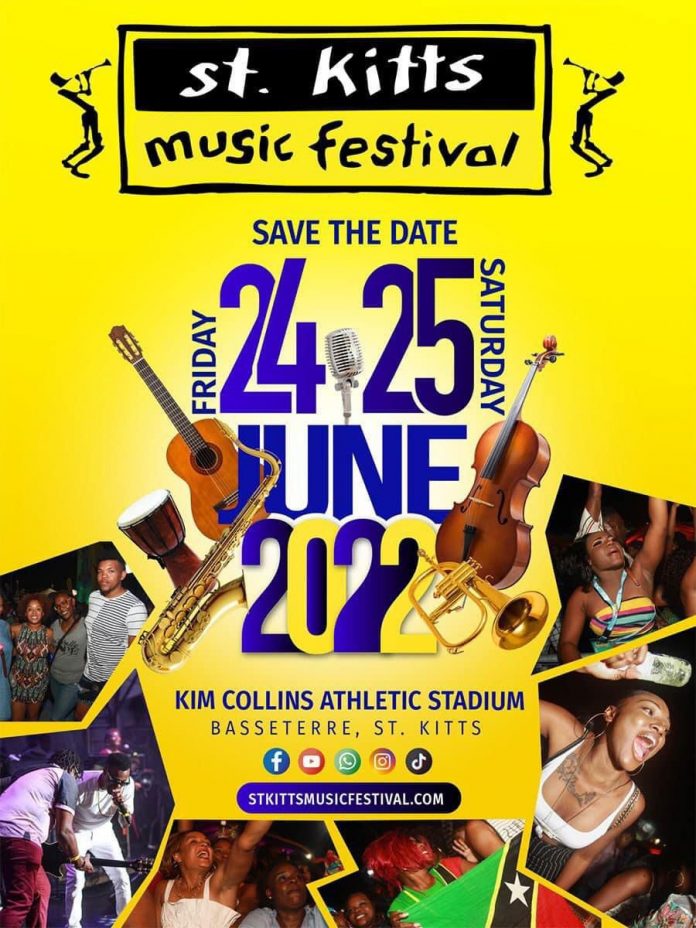 St. Kitts Nevis (WINN): The St. Kitts Music Festival has returned to the national calendar in 2022.

This morning on the Festival’s official Facebook page, it was announced that fans can expect a two-day long version of the world-renowned Festival in 2022.

The Music Festival was postponed in 2020 and cancelled in 2021 as the impact of the COVID-19 pandemic forced officials to set strict public health guidelines for day to day life.

Minister of Tourism, Transport & Ports Lindsay Grant said: “the Ministry and the Organising Committee will be working closely with health officials to ensure that next year’s festival is successfully organised and executed”.

The globally recognised Festival welcomes thousands of tourists to St. Kitts and Nevis annually. There have been mixed reactions to the announcement, with commenters expressing optimism and pessimism to the news.

Many have asked about the protocols surrounding the event, but officials have not released any official plans of the critical details. The event will be held at the Kim Collins Athletic Stadium instead of Warner Park.

However, Minister Grant said, “We are confident that we can maintain the very high standards for which the event has gained an enviable reputation internationally. The brand of the St. Kitts Music Festival is strong and well respected. It has quickly become the number one festival in the region”.

More information will be made available in January 2022 after St. Kitts Nevis National Carnival comes to an end. Chairman of the Organising Committee, Damion Hobson, said: ”as soon as the 50th Anniversary of St. Kitts & Nevis’ Sugar Mas carnival is over in January, more details will be rolled out, including the updated list of performers”.