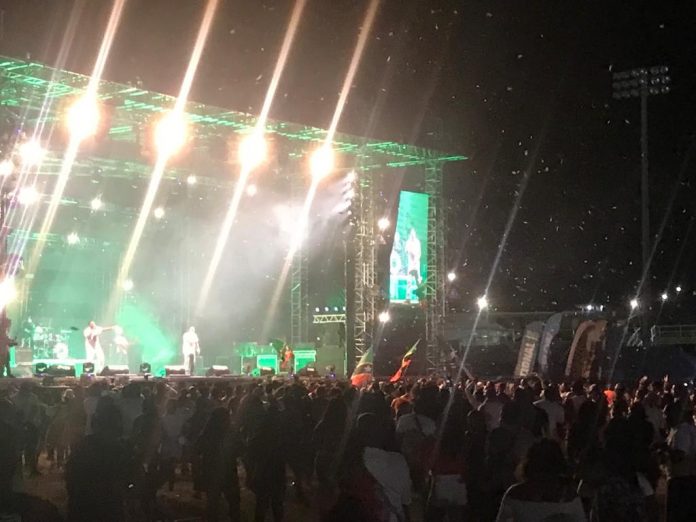 St Kitts and Nevis (WINN): There was a grand return to the St Kitts Music Festival as many people from around the world were anticipating a return of the event following a two year hiatus due to COVID-19. Night one of the festival was hosted on Thursday, June 23.

WINN FM had a post-performance interview with two entertainers, Lyrical and Nadia Batson. Both artists expressed how much they love St Kitts and love the energy and vibes that the crowd brings.

Lyrical indicated that he is currently working on a new project, which he shared a snippet of during his on stage performance. He added that footage of the crowd reacting to his performance will be featured in a music video for the new single. He also stated that he is looking forward to other tours following the St Kitts Music Festival.

Meanwhile, Nadia Batson told WINN FM that she has some tours lined up for this year, including  Tales of Carnival in Brooklyn New York on July 4th and One Fete in Miami Florida on October 8.