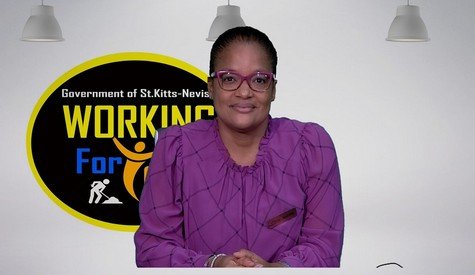 Basseterre, St. Kitts (SKNIS): Even in the COVID-19 Pandemic, the maintenance of relationships with stakeholders is key, says Chief Executive Officer (CEO) of the St. Kitts Tourism Authority, Raquel Brown, during an appearance on the radio and television show “Working for You” on September 30.

Ms. Brown said that around the world, airlines have had to either stop operation or they have had to park their aircraft because of the uncertainty brought about by the pandemic. She added that the cruise industry has halted operations with the CDC issuing a No Sail Order, which may be extended until October 31 of this year, and resume sailing on November 1.

“You see all of this happening and especially for St. Kitts and Nevis where we have seen the growth, you kind of say to yourself how do we fit into this puzzle,” she said. “I like to say it’s built on relationships, it’s never easy. Minister Grant, myself and our Chairman Nick Menon, there are times of the year that we had to travel. Whether it was Winter, whether it was snowstorms, whether it was a heat wave. Whatever it was, we have to go to these partners and have a discussion with them not about the beauty of St. Kitts and what we have to offer as a destination, but why coming to St. Kitts and Nevis is a value to them as an airline or cruise partner.”

Ms. Brown said that now that the borders have been closed, they still keep the lines of communication open even though all marketing, except for social media marketing, has stopped.

“The reason was that nobody was going to spend money when everything is shutting down,” she said. “While we spoke to our airlines and everything was on hold, because throughout the world everything was closed, March, April, basically the first two weeks of May, we started to see persons engaging. It didn’t matter what the source market was, they started to engage with our social media, and they were asking questions. They were saying things like we are so looking forward to coming or I have a trip planned or I want to come back next year because it’s a beautiful place, looking forward to it.”

“We realised that we had to keep that presence. You can’t just go dark. So, we focused on social media, we focused on inspiration. We did not have an ad go out about the destination that said there will be a time when you will return to travel, there will be a time when this will be different,” she said. “We never said that in our first video about the destination. It really appealed to who we were as a destination, to the sounds, the feelings of what it is to be in a Caribbean country—the sights, the wind, our vervet monkeys. It was really just based on sound, so you would appeal to persons because at that time people were traumatized. They were severely traumatized. Especially by what was happening in New York.”

The CEO stated that by marketing the destination on social media, they were able to create an experience for those who engaged the posts. She emphasised that communication with the airlines and cruise lines did not stop.

“We try to keep our relationship to let them know this is what is happening, but so much had happened in the cruise industry at that point that even though they were still selling persons were asking how is this going to work for us as a cruise,” said Ms. Brown.

“People could understand stay over a lot more logically. It was an easier sell especially since the cruise industry had moved to larger vessels. How do you manage even if you cut the percentage of the number of persons on a vessel? We would be in contact with the FCCA. We were talking to them. We were seeing what other destinations were doing so we could learn their best practices for our experience at Port Zante. But it has not been easy, and anyone who says in the travel and tourism industry for a destination this has been, I think (it was) the hardest for anyone even with all the issues we had with 9/11 and the economic meltdown in 2008-2009,” said Ms. Brown.