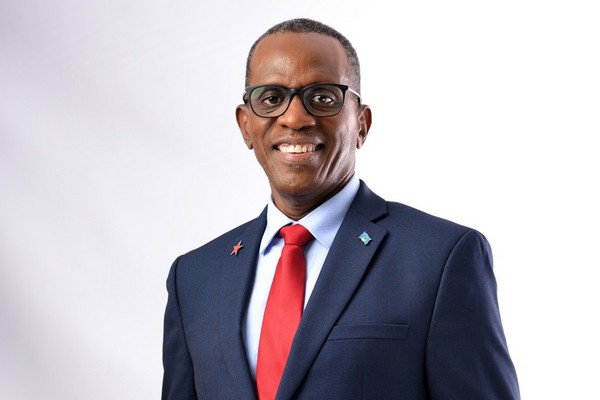 St. Kitts and Nevis (WINN): In St. Lucia, the United Workers Party (UWP) is out, and the St. Lucia Labour Party (SLP) is in as the ruling party in the country’s new administration.

Prime Minister-designate Philip J Pierre led the SLP back to the pinnacle of St. Lucian politics by winning 13 of the 17 seats contested in the 2021 election.

Pierre, who served as Opposition Leader in the last five years, won his Castries East Seat en route to a resounding margin of victory.

Monday’s election result delivered a monumental swing from UWP to SLP. In 2016, the UWP won the government by claiming 11 of the 17 seats.

The SLP government turned the tables with a 76% win of the national seats in a pivotal election.

St Lucians embraced change after battling through the ravages of the global pandemic, a severely affected tourism industry resulting in a stalled national economy. Prime Minister-elect Pierre and his team, which includes re-elected former Prime Minister Dr. Kenny Anthony, will have been tasked with charting a new way forward for the country.

The UWP won two seats, with outgoing Prime Minister Allen Chastanet retaining his seat. Two independent candidates won their seats. One of whom is another former Prime Minister, Stephenson King also won his constituency after his exit from the UWP earlier this month, leading to a strong reaction from Chastanet.

“I know the results came as a shock to many of you. Still, I call on you pridefully to continue to hold the torch up high. We will take time to heal, regroup and keep the Flambeau flame burning.

No one person can define our historic party for us. We know in our hearts the core values that have carried us through: honesty, respect, teamwork and commitment.”

A low voter turnout underpinned the result of the St Lucia election. Political Strategist and Director of the Barbados-based Caribbean Development Research Services (CADRES), Peter Wickham, expressed his concern about what he claimed is a growing trend.

“I think the other thing that’s significant is the voter turnout that’s quite low. And it continues to worry me that not only within the pandemic but generally speaking the voter turnout in Caribbean elections [is] this low.”