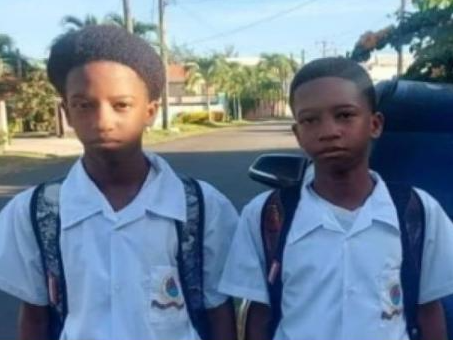 CASTRIES, St. Lucia, CMC – The St. Lucian government says it “remains committed” to reviewing the present positions regarding issues of grooming in schools after the 13-year-old son of a lawyer was prevented from attending classes on the first day of the new school term on Monday.

“The Ministry of Education, Sustainable Development, Innovation, Science, Technology and Vocational Training is aware of situations at various schools which have sparked public discussion, as it relates to issues of grooming in schools on the island,” the ministry said in a statement.

It said it wanted to assure the general public “that it remains committed to reviewing the present positions with a view to addressing the current issues from a holistic standpoint.

“As such, the Ministry is committed to ensuring that an evaluation of this nature includes the thorough participation of all relevant stakeholders, in determining the best way forward,” the brief statement said.

In a statement posted on his Facebook page, attorney Al C Elliot Sr. said one of his 13 year-old twins, attending the St. Mary’s College, was denied entry “into his classroom this first day of school, because his hair does not conform to the rules of the school”.

He said one of the boys had decided to wear his hair grown out, while the other has a flatter haircut.

“I am so disappointed in my alma mater. I am disappointed that this is a conversation to be had in 2022,” Elliot wrote, recalling that when he attended the College, that has produced the island’s two Nobel Prize winners, “my principal then, the revered Mr Mondesir, wore his hair like my son”.

“In fact, so subjective are our standards, that Mr Mondesir’s iconic (at the time old-fashioned) afro hairstyle was seen as appropriate for a gentleman, certainly more appropriate than the [shaved] haircuts that guys my age wanted, made popular then by Michael Jordan,” said the attorney, who attended the College between 1991 and 1997.

“The point is that haircuts and hairstyles are subjective, fluid and ultimately a matter of opinion. So whose opinion should matter? Why should someone’s subjective opinion matter? What if that opinion changes tomorrow? And where does any of this fall in relation to the United Nations Convention On The Rights Of The Child? That convention guarantees every child the right to an education, but that right to an education can be taken away because a school has determined that a child’s hair is over one inch long?”

Elliot said he has always taught his sons to act within reason.

“Question the choices you make. Accept the errors you make and learn from them. But do not simply act without reasoning. How in good conscience do I tell my son to cut his hair for conformity? Is it good enough reasoning that there is a rule?” he asked.

He argued that the school’s actions were unconstitutional and the matter should be ruled on by a court.

The principal of the College, Don Howell, has made no public announcement on the issue.