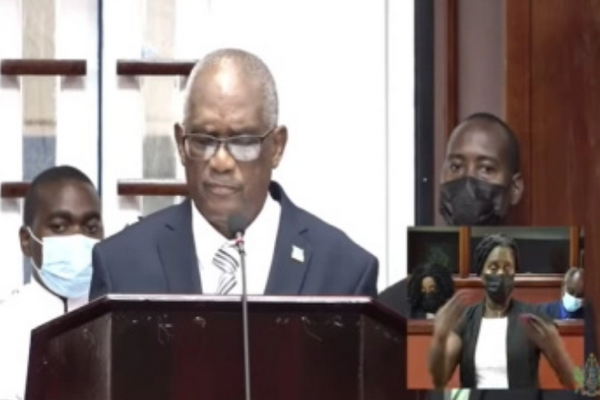 CMC- The St. Lucia Government will appoint a special prosecutor to probe the allegations of corruption against the former administration of Allen Chastanet, Deputy Governor-General, Errol Charles has announced.

Chastanet’s United Workers Party (UWP) was swept out of office in the July 26 general election when it won only two seats in the 17 member-Parliament, down from the 11 seats it had enjoyed in the 2016-21 period.

The St. Lucia Labour Party (SLP) under the leadership of Phillip J. Pierre won 13 of seats with two independents also being victorious at the polls.

Delivering the traditional Throne Speech at the start of the new parliamentary session on Tuesday, Charles told legislators that “my government, in recognition of the widespread unprecedented reports of alleged corruption during the term of the last administration, will appoint a special prosecutor to investigate allegations of corruption in government”.

He said that “this appointment is expected to be completed soon,” and that the government will strengthen the Integrity Commission to return the island to a system that respects democratic norms and the rights of the people.

One of the successful independent candidates in the general election, Stephenson King, who quit the UWP government last month and has since been made a senior minister in the current administration, had during the campaign had claimed corruption in the construction of the St. Jude Hospital project, south of here.

He said that the government also intends to review a number of projects undertaken by the last administration, giving the assurances also that those found to be viable would continue.

Among the projects under examination will be the multi-billion dollar Desert Star Holding (DSH) project after the Hong Kong based company entered into an agreement with the St. Lucia government for the development of the “Pearl of the Caribbean” for the south of the island.

Several aspects of the US$2.6 billion dollar project were bitterly opposed by the SLP in opposition but the former administration said that the proposed project would comprise a marina, a racecourse, a resort, shopping mall complex, casino, Free Trade Zone, entertainment and leisure facilities, eco-tourism as well as architecturally designed villas and apartments.

“It is expected that the project will raise economic activity in the south of the island and provide significant job opportunities,” the government said then.

In October 2018, former prime minister Dr. Kenny Anthony, who successfully contested the July 26 general election as part of the SLP team, had said he had filed a claim in the High Court against the St. Lucia government regarding the agreements reached with the DSH .

The re-elected parliamentary representative for Vieux Fort South said he was asking the High Court to declare that the agreements between the government and DSH are “unconstitutional, null and void”.