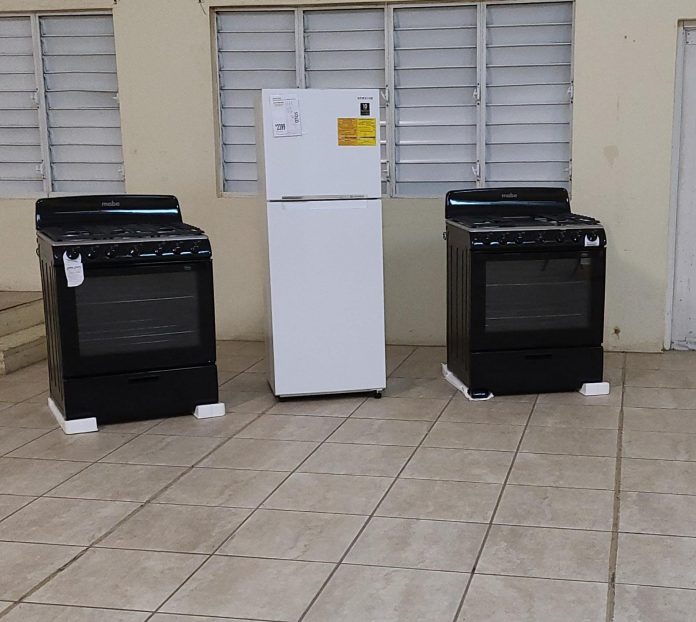 Basseterre, St. Kitts: January 14th, 2022 – The newly launched community group in the Federation of St. Kitts and Nevis, St. Peters Pride, yesterday, January 13th, presented two stoves and a refrigerator to the Department of Social Services for use at the St. Peters Community Centre. 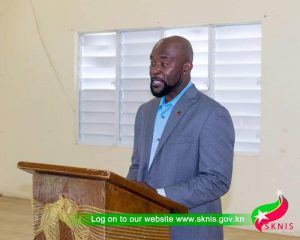 Mr. Valentine Lindsay, Chairman of St. Peters Pride, was approached by District 8 Shelter Manager, Mrs. Mary Nurse-Clarke, who expressed the need for a stove at the Centre. Through donors and well wishes, Mr. Lindsay honoured his word and was able to hand over the three appliances for the Community Centre.

The group launched in 2020 as an effort to “build community spirit through a five sprang approach, which includes Education, Health, Finance, Spiritual and Cultural enhancement initiatives”, Chairman Lindsay highlighted in his remarks.

Mr. Lindsay declared the group’s aim is to enhance the St. Peters community by utilizing its inhabitants’ abilities and knowledge while emphasizing the group’s motto of “Personal Responsibility in Delivering Excellence”. He also took the opportunity to announce the group’s intention of hosting an eight-week cake baking course for the residents of St. Peters in the upcoming weeks. He pledged his commitment to ensuring the St. Peters Community Centre becomes a model centre by enhancing not just its physical structure, but it’s use through activities based on the group’s five sprang approach.

Present at yesterday’s ceremony were Rev. Christopher Archibald of the St. Peters Anglican Church, who gave the opening prayer, Ms. Amia Lake, who graciously sang the National Anthem, Mrs. Ersyln Bridgewater, the Senior Community Development Officer and Mr. Garvin Williams who delivered the vote of thanks.